Heroes by David Bowie was one of those songs which would forever leave its mark on the world, affecting all of those who heard it. Check out six of the greatest renditions below.

Back in 2018, Talking Heads’ David Byrne gave a breathtaking cover of Heroes by David Bowie, backed by a vast choir of strangers.

Over the years, the song has been endlessly recreated by artists across the world. Whilst each incarnation offers something different, one thing remains apparent: there is something about Heroes which speaks to people.

In the spirit of that, we thought we’d compile a list of the greatest covers of Heroes ever made.

Heroes was written whilst David Bowie was living in Berlin in 1977. The song describes an encounter between a couple who stand beside the Berlin Wall eleven years before it was torn down.

A devastating image of the struggle of human connection against the backdrop of cold war anxiety, the lyrics describe: “The guns shot above our heads / And we kissed as though nothing could fall / And the shame was on the other side.”

The track was recorded with producers Tony Visconti and Roxy Music’s Brian Eno at Hansa Tonstudio which overlooked the Berlin Wall. Much later, Bowie revealed that the lovers depicted in the song were actually co-producer Visconti and a German girl he was having a love affair with.

In 2003, Rolling Stone named Heroes the 46th greatest song of all time and it is widely regarded as one of Bowie’s greatest tracks. Heroes was one of those songs which would forever change the world, and the covers below prove just how much it means to people.

Depeche Mode put their own electronic spin on Heroes back in 2017. The band recorded the cover in celebration of the song’s 40th anniversary, along with a video recorded at Highline Sessions, directed by Tim Saccenti.

Singer Dave Gahan gave a mesmerising performance, and recalling how he grew up listening to David Bowie, he called the cover his homage, describing: “Heroes is the most special song to me at the moment.”

Genesis’ Peter Gabriel released an orchestral interpretation of Heroes for his 2010 solo album, Scratch My Back. The haunting cover gained recognition when it was used for the 2016 Netflix series Stranger Things.

Hands down this Peter Gabriel heroes cover is one of the most watched cover videos of all time.

Speaking on the track, Gabriel described: “Heroes, for me, was always one of the great Bowie tracks. It is heroism in the face of oppression and desperation; it’s something triumphant despite the desperate situation.”

Setlists show that Blondie was performing Heroes as early as 1978, yet this recording comes from a European B-side to the 12″ Atomic. It was recorded at a concert at London’s Hammersmith Odeon on the 12th of January 1980.

In the rendition, you can hear Debbie Harry’s take on Bowie’s animated vocal performance. King Crimson guitarist, Robert Fripp, who played on the original Bowie recording, made a guest appearance for the show, making the performance even more special.

Check out our article on Engineering the Sound: David Bowie’s Heroes.

Following the untimely death of Motörhead’s frontman Lemmy Kilmister back in 2015, the band released Under Cöver, a compilation of cover songs recorded throughout band’s career. One song included in the collection was Heroes.

The cover was particularly poignant because it was one of the last songs the band recorded before Lemmy died. A video posted to YouTube contains live footage, as well as pictures of the band, ultimately serving as a tribute to both Lemmy and Bowie, who died within weeks of each other.

And of course, David Byrne’s live rendition back in 2018. Backed by Choir! Choir! Choir! – a Canadian choir which works on a model of inclusivity (whoever wants to join can) – they performed as part of Under The Radar Festival in New York.

Byrne had this to say about the performance:

“There is a transcendent feeling in being subsumed and surrendering to a group…One becomes a part of something larger than oneself, and something in our makeup rewards us when that happens. We cling to our individuality, but we experience true ecstasy when we give it up.”

This version is particularly meaningful because of the band leader’s contribution to the original recording. Describing how the collaboration came to be, Fripp recalled: “I got a phone call when I was living in New York in July 1977.”

“It was Brian Eno,” he continued. “He said that he and David were recording in Berlin and passed me over. David said, ‘Would you be interested in playing some hairy rock ‘n’ roll guitar?’ I said, ‘Well, I haven’t really played for three years – but, if you’re prepared to take a risk, so will I.’ Shortly afterwards, a first-class ticket on Lufthansa arrived.”

In 2016, King Crimson recorded a version of the song for their EP, Heroes: Live in Europe 2016. The video below is from a live concert in Berlin in 2016. Here, you can see Fripp performing the guitar heroes cover line which he originally played alongside David Bowie thirty-nine years earlier in the very same city.

For a classic heroes acoustic check out Neil Finn, he pretty much nails it.

Check out our article on the unlikely story behind David Bowie’s Valentine’s Day. 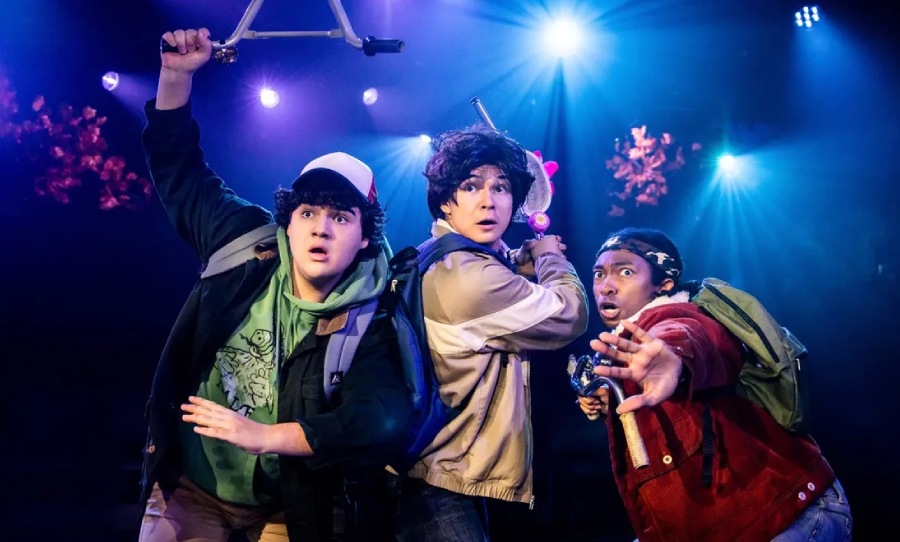