In the last few months, NPR’s Tiny Desk Concert series has hosted a variety of acts including Wu-Tang Clan, Florence and the Machine, and Radiohead’s Jonny Greenwood.

Monday’s episode featured none other than the cast of the beloved children’s program, Sesame Street, as they celebrated the program’s 50th Anniversary. 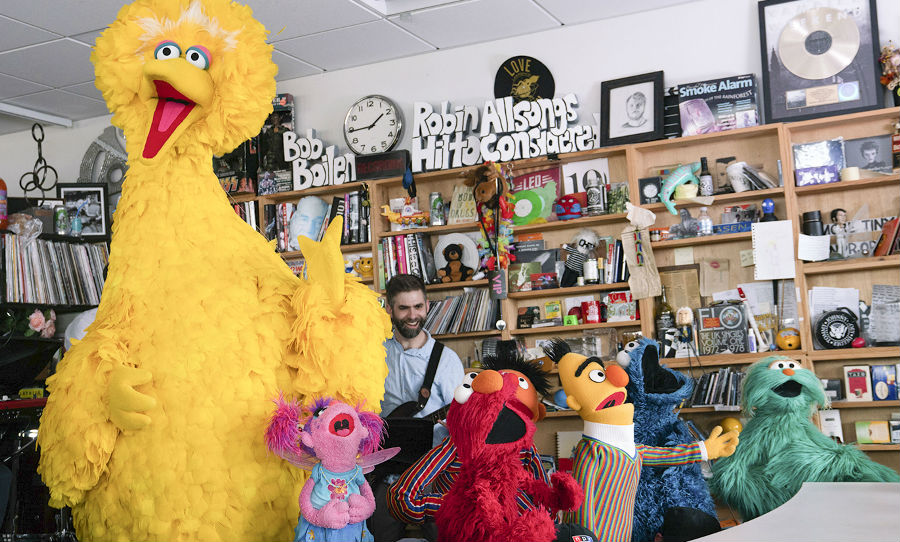 The cast of Sesame Street starred in NPR’s Tiny Desk Concert series yesterday to celebrate 50 years of children’s education through television and music, with a set of classic songs from the program.

Bigbird, Elmo, Bert and Ernie, Cookie Monster, Rosita and others performed a heartwarming six-song set to a packed room of parents and children. The set included program favourites like What I am and the Sunny Days theme song.

The concert series is esteemed for giving musicians an intimate setting to perform stripped-back versions of their songs, also providing a more interactive and kid-friendly environment for the iconic muppet group. With 11 Grammys and 192 Emmys, Sesame Street may just be the most iconic guests to perform at the Tiny Desk, having won more awards than any other act to grace the small stage.

The concert was filmed while the cast of Sesame Street visited Washington, DC as part of a 10 date US tour. The city’s mayor recently proclaimed June 7th as Sesame Street Day.