Bella Wolf create the kind of cinematic aural experience that evokes the smoky, otherworldliness of a strange and exotic dream. The kind of dream that sticks with you long after it has vanished, and leaves you wishing you could have only experienced it in real life.

Not content with the 3-minute verse-chorus-verse pop song, the band are hellbent on producing music that is simultaneously sweat-inducing and thought-provoking, an ethos that has finally culminated with the release of their debut, self-titled album.

Bella Wolf kicks off with the tumultuously sexy The Devil You Know, where the frolicking jazz flute of main woman Erica Tucceri sits front and centre, setting up the archetype for the entire record to come.

Tucceri, alongside jazz drummer Tommy Harrison, spearheaded the Bella Wolf project back in 2015. The synergy between drums and flute is palpable through the entirety of the record. With no vocalist in Bella Wolf, the flute takes on the melodic duties that vocals would usually fill.

But the acrobatic mellowness of the Tucerri’s flute means it is far less resounding than vocals may be. Instead, it curls around the other instruments, snaking its way around the legs of the drums, rhythmically duelling cymbal snaps and performing delicate arabesques alongside the more brazen trumpet lines.

Rarely does a song fall under the five minute mark on Bella Wolf. The tracks are intrepid explorations of emotion and temper through complex time signatures and drawn out instrumental passages that shift constantly. On tracks like Look Up and La Muela Del Diablo, sultry breakdowns interject rhythmic explosions, luring you into a hypnotic groove before ramping back into fever-inducing, instrumental hysteria.

There are incredibly pretty moments on Bella Wolf too, moments that stray away from Latin pop into more downtempo jazz territory. Jonglei and Interlude are two of the few tracks that are less than five minutes long, a break from the exotic frenzy that surrounds them.

Jonglei is an ominous respite that takes you on a journey through dark and mysterious woods with Tucceri’s lonely flute accompanied by a mournful guitar and sombre bass lines. It’s an entrancing listen, completely isolated and soul-bearing, one that you can’t help but be drawn into.

Thanks, But I Think I Will Stay In is an epic closer, a medley that shows the full breadth of Bella Wolf’s technical and emotional inventory. There are moments that are crisp and delicate, with piano drifting around jazzy drum and lamenting horns.

All of the sudden the mood will change, with a barrage of flute and trumpet that eventually climaxes in an instrumental free-for-all with manic drum fills, bellowing horns and walking bass. It’s a completely erratic sonic melange, but with Bella Wolf, you understand what they are doing.

Never on the record does one feel that the band are about to fall off the wagon. Bella Wolf are in a vortex of controlled mayhem. They are a living organism, a musical beast that constantly moves, shakes, slithers and soars. This beast wants to dance with you, and you’d bloody well better let it.

If you like what you hear, make sure to catch Bella Wolf launching their album this Sunday at The Worker’s Club in Melbourne. All the details are on the Facebook event. 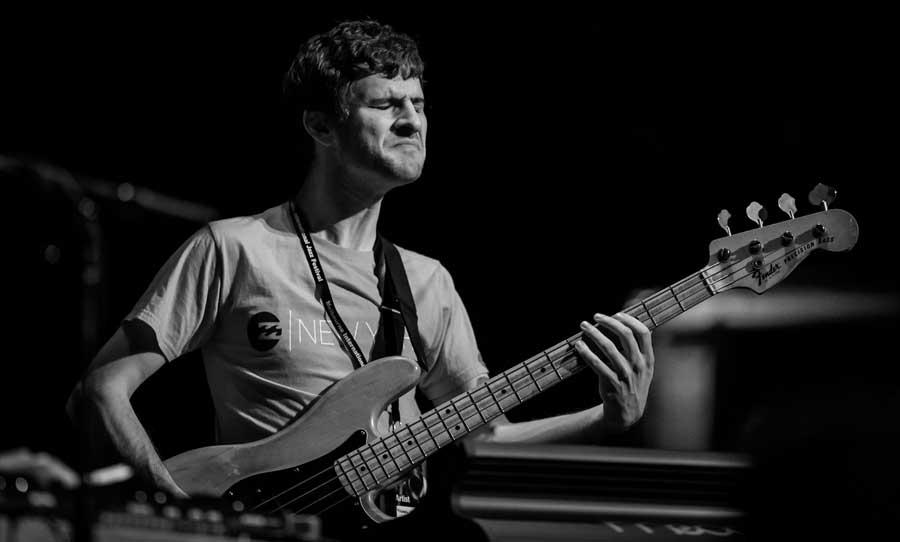