It’s that time of year again, folks. Sydney Festival is about to hit our shores with a stellar lineup of Australian and international theatre, dance, music, art, and talks. Running from 8-26th of January 2020, there’s sure to be something in the festival program for everyone.

“Sydney Festival brings to our city the newest works from the world’s most adventurous artists,” Sydney Festival Director Wesley Enoch said. “We unearth the interesting, the new and the exciting. Wherever there is a debate to be had, a diversity of opinion or the need to speak the neglected story, Sydney Festival is there. We are proudly diverse. We are equal parts cultural ambition and celebration.”

The festival was created in 1977 and this is Enoch’s fourth year at the helm. It’s the largest commissioner of work in Australia and has hosted the likes of Grace Jones, Björk, Brian Wilson, Manu Chao, Elvis Costello, Cate Blanchett, Ralph Fiennes, and The Flaming Lips – to name a few.

With an amazing Sydney Festival 2020 pedigree, we decided to put together a list of the most highly anticipated events to keep you in the loop.

Obie-winning actor Mia Barron stars in this critically acclaimed piece directed by experimental theatre director Lars Jan. There are 25 actors supporting her in the cast as she tells the story of Didion’s The White Album.

First published in 1979, The White Album is a collection of essays that first appeared in the likes of Life and Esquire exploring the American Dream during the late 1960s and 1970s ,including the Black Panther trials and a recording session with The Doors. “We tell ourselves stories in order to live,” Didion wrote famously in an essay of the same name.

39-year-old American Holly Herndon graces us with her avant-guarde electric pop experiments. Based in Berlin, she makes music with her computer and her latest album, PROTO, released in May this year, is her most adventurous work to date.

For it, she developed Spawn, an AI that she refers to as she/her, to create novel sounds and riffs alongside her own singing.

This is the world premiere of Buŋgul, which means a meeting place of song, dance and ritual. Created on country in North East Arnhem Land with the Yunupiŋu family, Buŋgul is a ceremonial celebration of the traditional songs, dances, and paintings that inspired Gurrumul’s final album, Djarrimirri (Child of the Rainbow).

There will be live performances by Yolŋu dancers, songmen, and the Sydney Symphony Orchestra directed by Senior Yolŋgu Don Wininba Ganambarr and Nigel Jamieson.

Stephanie Lake Company was established in Melbourne in 2014 to create and tour contemporary dance works and Colossus, which has been heralded as a huge success by critics and audience members alike, is not to be missed.

It explores the notion of the crowd and features 50 dance students whose bodies move as one to a soundscape designed by artist/musician Robin Fox, with award-winning lighting design by Bosco Shaw.

Supported by the Museum of Contemporary Art Australia, Sonata Project, and the Sydney Conservatorium of Music, the MCA will host this experience featuring British artist Cornelia Parker’s War Room (2015).

Set in room filled with red negatives from Remembrance Day poppies, Ode: Sonata Project is a piano recital featuring works that echo the nature of war. 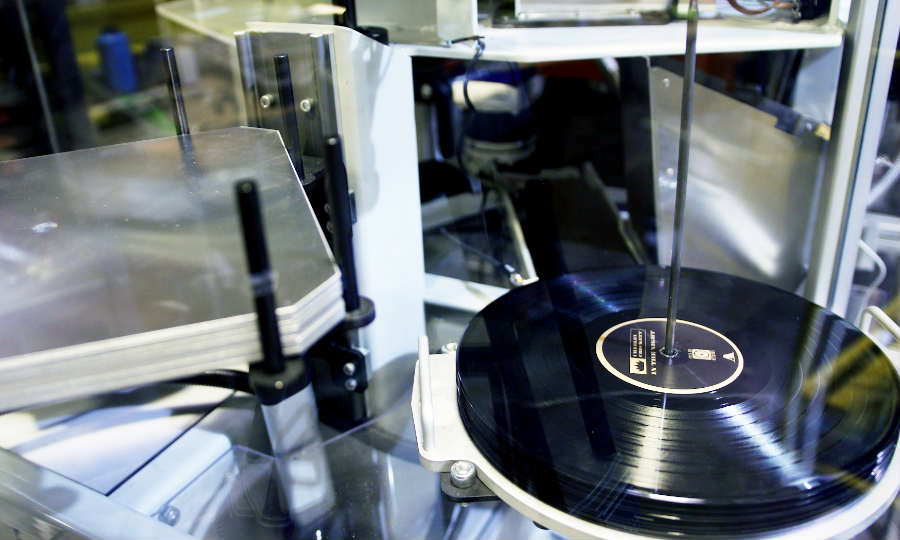 Printing your music to wax? Here's a Happy guide to pressing vinyl Ready to eat nothing but popcorn this June? The 2019 Sydney Film Festival lineup is here