These days, King Gizzard and the Lizard Wizard’s discography is a far cry from any other band so early into their career. In fact, if you stumbled across their catalogue on Spotify you’d be hard pressed to believe they weren’t an experimental prog rock ensemble founded in the ’80s.

Unbelievably, the psychedelic Melbournites have released a staggering 12 LPs since their inception in 2011. That includes five released last year in 2017, delivering on a promise which, at the time, seemed unattainable.

At the very last minute, King Gizzard and the Lizard Wizard made true on the promise they started 2017 on: that they would release five LPs in a single year.

Gumboot Soup dropped on December 31st, just after the strike of midnight. It contains every one of the four tracks King Gizz released in December 2017; Beginner’s Luck, Muddy Water, All Is Known and Loyalty.

The band’s 2017 sequence opened with Flying Microtonal Banana, an experimental deviation into mystical, micro-tuned melodies. The monstrous, four-part Murder of the Universe followed, a metal-laden sludgefest which the headbangers quickly fell in love with.

Sketches of Brunswick East, a jazzy collaboration with Mild High Club, followed. Soon enough afterwards Polygondwanaland was released to the world free of charge and with a day up their sleeves, King Gizzard completed the puzzle with Gumboot Soup.

What a year. Now get some sleep.

Listen to Gumboot Soup below.

Gumboot Soup is out now. 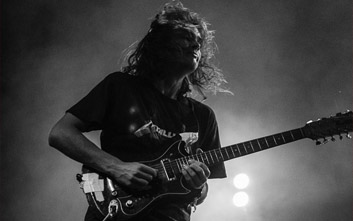 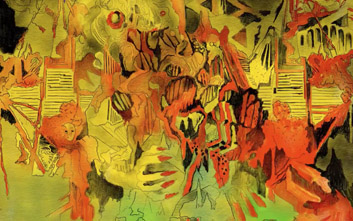