The Land of the Long White Cloud is an incredible place. The environment, the history and the culture amount to a collective identity that is a rich tapestry and not unlike Peter Jackson’s inability to stop sequels here’s our second installment of bands you need in your life.

We’ve already highlighted seven great Kiwi bands, but unsurprisingly there are so many more out there pushing the boundaries of music culture that deserve your love. No wonder they call it “God’s Own Country”. Because the first time wasn’t enough, here’s another 7 Kiwi bands you need on your playlist! The Long White Cloud is just bursting with incredible artists.

Kicking things off is the hypnotic meanderings of electro duo Doprah. The pair dropped their debut EP last year and have since ridden a wave of success. And for good reason too. The chilled out samples will lull you into an unnatural state of ease; you feel like your about to float away. Look no further than the serene tinkering of Stranger People or the moody San Pedro. The fact that the EP was self produced earn Doprah even more gold stars, the level of quality found on this recording is simply top notch.

I tried my hardest to not mention punk and weed when talking about Cool Runnings, but wouldn’t you know it the band wear those two loves so visibly up and down their sleeves it’s impossible not to. It’s the uninhibited nature of Cool Runnings that make this Aukland based punk rock band so endearing. That may be an odd word to describe this band; they play loud, they play fast and they play loose. But there’s no bullshit or pretense, these guys do what they love and we love them for doing it.

The Eversons made the best music video of the year. We’re calling it. If you feel skeptical just skip on down to the video for Emily and judge for yourself. It’s whacky but it’s crammed with love and passion. The song itself exudes fun, the vocals are over the top in the right kind of way while the guitar leads just strut their stuff without a care in the world. With so many ‘rock’ bands too busy taking themselves too seriously The Eversons are a godsend to remind you guitar music is supposed to be a party.

The laid back vocals are what strike you first. The casual nature of James Milne’s voice is gentle and unassuming, but that’s not to say it’s lacking in terms of cleverness. Indie pop has somewhat become a mushy mess of artists mumbling words to a catchy melody. Milne wields words like a pro, bringing together stories of love and life with plenty of earnestness, with a good dose of tongue in cheek thrown in for good measure.

Some days you need to slow down, take a moment for yourself and just chill bro. So why not mellow out with the sultry Noah Slee? Noah has been on the scene for a couple of years painting a self portrait with the vivid colours of future beats and contemporary soul. If you really had to you could say he’s the Kiwi answer to our bearded king of triple J, but frankly Noah’s talent and adventurous spirit kicks that faker to the curb every time. He has recently relocated to the musical hive that is Berlin, which is leaving us Southern Hemisphere-ans frothing to witness that velvet lined voice live again.

Amelia Murray charmed her way into our hearts late last year with the release of Fazerdaze’s self-titled debut EP. Her vocals are smothered in reverb, but manage to be quite striking. Each semi-biographical song is a tiny window through we which we peek to gain a glimpse her life. Never has a bedroom recording felt so full of heart. It’s a mesmerising experience, and as luck would have it Amelia has hopped over to Aus to play a couple of shows in Melbourne this week. So if you’re in town do yourself a favour and get down to the gigs.

The name Marlon Williams may be quite fresh on the brain for some people, the Lyttelton native’s debut album getting a release not even a month ago. It’s a deeply haunted record, Marlon’s voice leading the listener on an introspective journey that is both harrowing and enlightening. On top of that impeccable voice is his fantastic brand of country music, not so much drawling but teasing out the melancholy elements of slide guitars, slow plucked strings and sparse percussion. Throw in a lick of the blues and you’ve got yourself a winner. 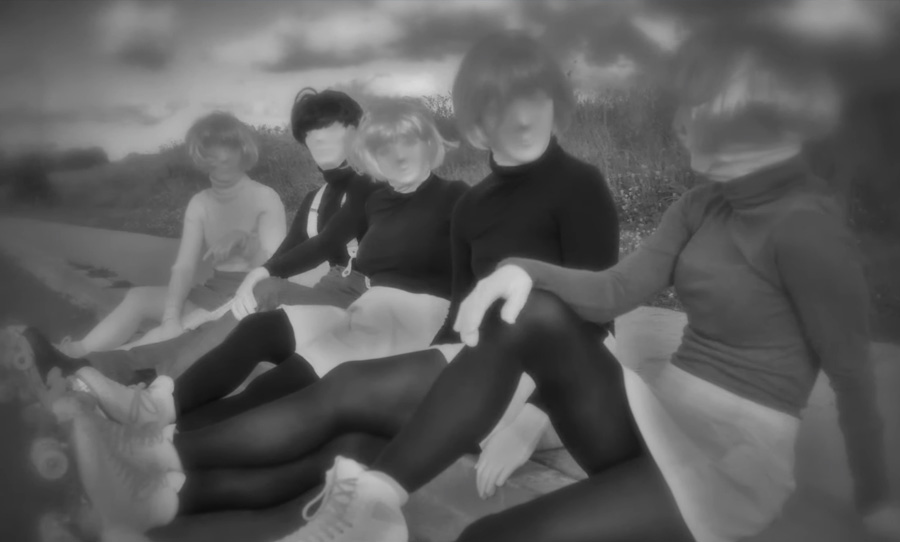