“The real me is something else,” George Harrison once said. “I play a little guitar, write a few tunes, make a few movies, but none of that’s really me.” One of the most famous men in the world, he was also one of the most elusive.

Yet, whilst he has often been described as the quiet, shy Beatle, there was one thing that always stuck: his legendary one-liners. In celebration of what would have been his 77th birthday, we revisit Harrison’s incredible sense of humour. 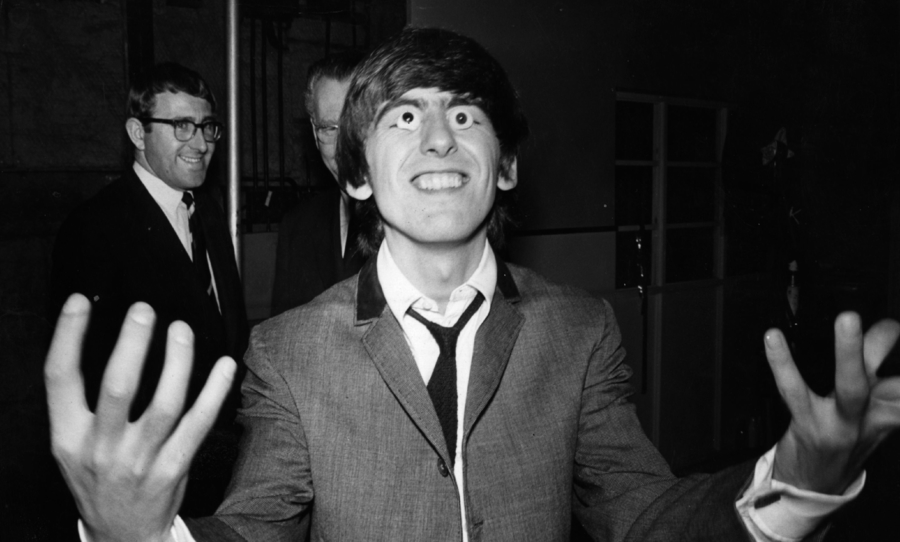 George Harrison, the quiet Beatle, also had a hilariously dry sense of humour. We revisit some of his greatest quips below.

In the early days of working in the studio, famed producer George Martin had doubts about the music, and consequently pointed out where he felt the band were going wrong. In an attempt to be diplomatic, Martin asked them in return if there was anything they didn’t like.

“Well, for a start,” Harrison responded, “I don’t like your tie.”

The comment broke the ice, leading to a succession of jokes. Fellow producer Norman Smith described: “The next 15 to 20 minutes they were pure entertainment. I had tears running down my face.”

Martin later admitted it was their “tremendous charisma”, rather than their music, that ultimately won him over.

Listen to the Beatles’ first-ever audition for Decca Records.

The Beatles had an amusing relationship with the American press and a reporter once told them that “[Americans] think your haircuts are un-American.” To which John Lennon responded: “Well, that’s very observant of them, ’cause we aren’t American, actually.” Facing ongoing ridicule about their hair, another interviewer inquired how they slept at night with long hair. Harrison quipped back: “How do you sleep with your arms and legs still attached?”

When another interviewer asked if the band members were going to get a haircut whilst they were in America, Harrison humorously responded: “I had one yesterday.”

Harrison was married to English model Pattie Boyd from 1966-77, and during this time one of his best friends, Eric Clapton, fell in love with Boyd. At one point Clapton even wrote a song about her, titled Layla. When Boyd eventually left Harrison for Clapton, he dealt with the whole situation fairly well and even took to calling Clapton his “husband-in-law”.

When asked in an interview how he knew Clapton, Harrison responded: “We shared the same wife.”

On the subject of wives – before Harrison was even married to Boyd, a Texan reporter in 1964 asked John Lennon what types of girls he liked, to which Lennon responded, “my wife”. When the same question was directed at Harrison, he cheekily responded, “John’s wife”.

Harrison had quite the green thumb and was known for his love of gardening. Speaking on his garden once, he described: “In the garden you see all the seasons come and go and whatever you do can affect it all.”

He then added, “At the same time the flowers don’t answer you back, they don’t give you no trouble. It’s very nice.”

The 5 most weird and wonderful things George Harrison ever did.

The Beatles famously began experimenting with LSD in the mid-’60s, and the drug had a profound influence on their ’66 album, Revolver. In an interview, Harrison once described: “That’s the thing about LSD — you don’t need it twice.” Surprised, the interviewer asked: “You’ve only taken it once?”

“No, I took it lots of times,” responded Harrison. “But I only needed it once.”

Check out a collection of his greatest interview moments below. Works by Louis Armstrong, Hitchcock, and Arthur Conan Doyle are now part of the Public Domain