Aretha Franklin - 'I Never Loved A Man The Way I Love You': Why It Mattered
Skip to content
[gtranslate]
DS With her tenth studio album, Aretha Franklin finally broke through with the timeless I Never Loved A Man The Way I Love You.

I Never Loved A Man The Way I Love You was Aretha Franklin’s debut with Atlantic Records. But this was already 10 albums into her career. Up until this point, Franklin only approached a middling level of success, releasing nine albums of jazz standards and teen-friendly RnB on Columbia Records.

The switch to Atlantic (she was brought to the label by legendary producer Jerry Wexler) was a moment that changed the course of pop music history. Where her previous records were calculated efforts to appeal to all demographics, I Never Loved A Man The Way I Love You marked a return to Franklin’s gospel roots. It blazed a trail of hot-blooded soul that would take her to the top of the charts, produced moments that still resonate in the public consciousness, and set her on a path toward immortality.

The “Queen of Soul” had arrived. Aretha Franklin was born in Memphis, Tennessee, but she spent the majority of her early career under the auspices of Columbia Records and plied her trade in New York City. But in moving over to Atlantic Records, she was freed up to approach songwriting and the interpretation of others’ songs in a way that was more authentic to her style. Part one was relocating to her geographical roots.

If you were going to make a record in the South in the late ’60s, FAME Studios in Muscle Shoals Alabama was the place to do it. Producer-in-residence Rick Hall was coming off his first hit (When A Man Loves A Woman by Percy Sledge) and the playing talent was second-to-none.

The young Aretha Franklin — just 24 at the time — didn’t bring an outsized reputation with her to the session. But when she recorded the lead single and the album’s title track, people took notice. Underpinned a swaggering groove and swirls of the Hammond organ, Franklin’s vocal sizzles on tape, lending the track genuine emotional urgency. A moment in time

The sound of I Never Loved A Man The Way I Love You was a million miles from her previous pop efforts. Much of the album is down-tempo, relying on simple, single-chord vamps — a harmonic bed for virtuosic vocal stylings that are taken straight out of the gospel playbook. And while many of the themes explored on the record revolve around love, Franklin elevates them to a new plane through her artistry.

The love she sings of is pure in its feeling, but exquisite in its pain. In Baby, Baby, Baby she says, “I didn’t mean to hurt you, don’t you know that I’d rather hurt myself,” and you can’t help but believe her as she extracts this moment of melodic transcendence out of total despair.

In Do Right Woman, Do Right Man, she asks us to remember that, “A woman’s only human, you should understand, she’s not just a plaything, she’s flesh and blood just like her man,” with such emotional power that it was destined to become one of the most memorable cuts off the record.

But there’s one single from I Never Loved A Man The Way I Love You that cemented Aretha Franklin’s mythical status.

Respect was originally recorded by Otis Redding just two years before it fatefully intersected with Aretha Franklin. In her hands, it became one of those rare songs that add up to more than the sum of its parts. Sure, it grooves. But the legacy of this track — what it means to individuals, as well as entire social movements (especially feminism) — is almost unequalled in the history of pop.

With the breakthrough of I Never Loved A Man The Way I Love You and the monster hit of Respect (which earned her two Grammys) under her belt, she never looked back. Beyond this seminal LP lay decades of success for Aretha Franklin, not to mention several reinventions along the way. But it was this album that proved to everyone, herself included, that the real Aretha Franklin was what the world wanted. 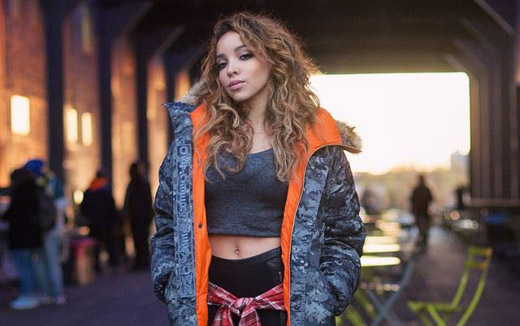