In unsurprising news, Kanye West has gone on yet another weird, public rant. While performing in Sacramento on his Saint Pablo Tour, the rapper restarted a song two times before ultimately cutting it off.

As per usual, Kanye’s speech was a mixture of aggressive, political babble and repetitive outbursts. While he referenced American politics, he unexpectedly had a lot to say about friends and fellow artists Beyonce and Jay Z. 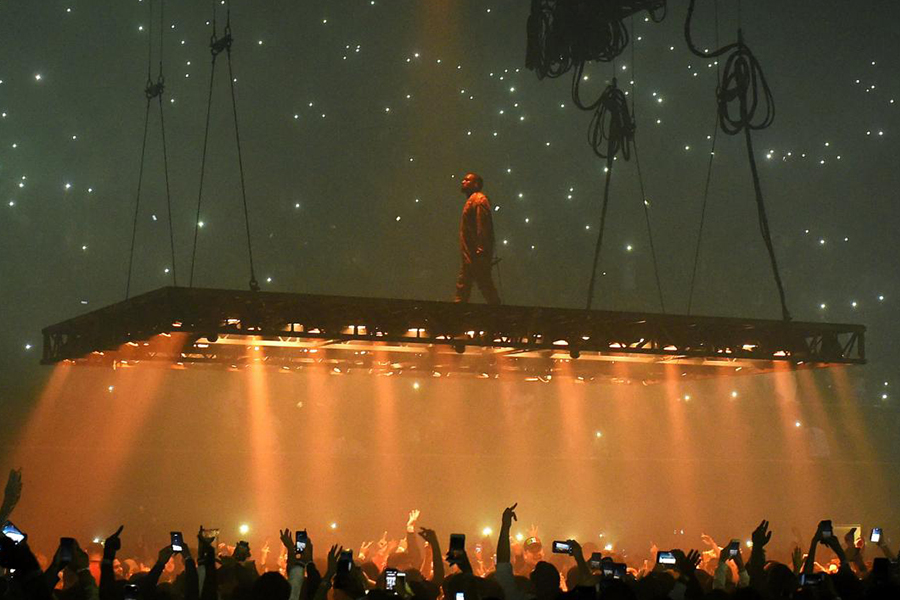 Fans at the concert seemed thoroughly entertained by Kanye West’s temper-tantrum, collectively shouting answers to his semi-rhetorical questions; but the tension grew when the rapper would not stop talking.

West talked incessantly for a total of 15 minutes during the 30 minute show. The rant, one of many which the rapper has made in recent years, was typical, confusing-Kanye style. Known for being extremely opinionated and excessively egotistical, West’s didactic speeches are often received as hilarious because they are so baffling and confusing.

So, what was West going on about in Sacramento last night? Why not get inside the mind of Kanye himself in two easy steps:

Step 1: Repeat “I am God’s vessel” three times in front of a mirror.

Step 2: Play this Fade instrumental while reading his meticulous speech out loud:

“Stop it, stop it. Hey radio, fuck you! Radio, fuck you! Y’all don’t want to lose again. A lot of people here tonight felt like they lost. You know why? Because y’all been lied to. Google lied to you. Facebook lied to you. Radio lied to you. Radio, fuck you! I know it’s a lot of real niggas working at radio, real people, real programming directors with wives and kids that love music, that can’t play what they want to play because they’ve been paid to play that bullshit over and over and over. And when I say that bullshit, what I’m saying is we love Drake, Drake is great. He’s a great artist. But Frank Ocean is great, too. But you know who the greatest of all of us? Who do y’all think?”