Attack on Titan Season 4 Part 2: release dates and how to watch it now
Skip to content
[gtranslate]
DS Attack on Titan Season 4 Part 2 has finally arrived. So let’s dive into the backstory of AOT and find out when and how we can watch its epic conclusion.

Attack on Titan Season 4 Part 2 brings this epic anime series to a close. Based on the incredibly successful manga by Hajime Isayama, the anime series has transcended cult appeal, bursting through to mainstream success all over the world.

The manga itself has concluded, so now it’s time to turn our attention to the screen to revel in this ‘end of an era’ event. Read on to discover the backstory to this phenomenon, the controversy surrounding it, and most importantly: how and when to sink your teeth into the final season. 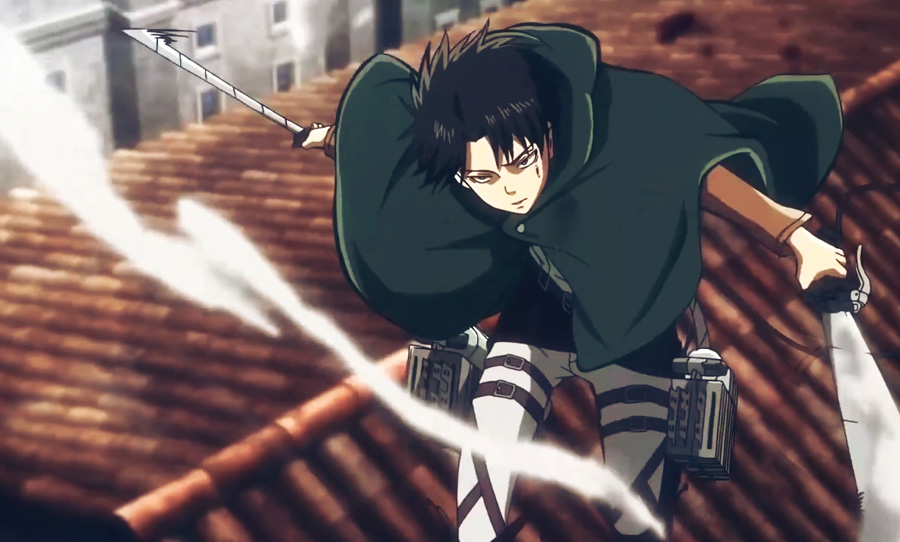 The tale of Attack on Titan is now the stuff of legend. The manga, first serialised in 2009, follows the story of Eren Yaeger and is set in a post-apocalyptic world, where humans are hunted to the brink of extinction by giants called titans. The remaining humans live behind three protective circular walls. At the beginning of the story, a wall is breached, and Eren’s mother is killed and eaten as a result.

Escaping with his life, Eren is out for blood. He joins the Survey Corps, whose mission is to defeat this existential threat. In a twist though, Eren discovers that he has the ability to transform into a titan — a potential secret weapon to utilise in this battle to the death.

Throughout the seasons, traitorous behaviour is revealed from within the Survey Corps, plus the humans and titans get to know each other more and exploit attempt to exploit that knowledge in the pursuit of victory. There’s only one certainty as the story reaches its climax: all-out war.

We are 4 months away from Attack on Titan The Final Season Part 2 pic.twitter.com/G9jJbQJ3ZK

When is the Attack on Titan Season 4 Part 2 release date?

The Attack on Titan Season 4 Part 2 release date is Monday, January 10th, 2022 (Australia), which, as you may have noticed, has come and gone. Episode 76 is already out and is officially called Judgement.

By the time the first episode of Part 2 finally aired, it had been almost a year since viewers caught Part 1. Debuting on Japanese TV in December 2020 — which put it head-to-head with this monster movie release — it was ravenously received.

It was 16 episodes long — 4 more episodes long than have been announced for Attack on Titan Season 4 Part 2 (12 in total). Currently, it appears that one episode will be released each week, first coming to streaming services on Mondays at 7:45 am AEST. For our American friends, that would be Sunday 9th at 3:45 pm ET.

The following episodes of Attack on Titan Season 4 Part 2 are currently available:

What streaming services can you watch it on?

While Attack on Titan Season 4 Part 2 is being broadcast in Japan on the NHK TV channel, the series will be streaming internationally on Crunchyroll, Funimation, and Hulu.

Even before the official streaming partners were announced, Crunchyroll was basically a given. It was the service that had classically streamed previous seasons of Attack on Titan – and it should be your first port of call if you’re planning to binge the show before the new episodes.

Legacy of Attack on Titan

And as we approach the finale of Attack on Titan, we’re left in the somewhat strange position of knowing how it will end. Stretching for the entirety of the 2010s, the manga concluded in April 2021. Its success in this form has been nothing short of phenomenal — topping 100 million copies sold at the time of writing; it’s one of the best-selling manga ever.

That doesn’t mean it has been universally popular, or managed to altogether avoid controversy. Some more thoughtful critiques of the story (for example, in Polygon and Vice) highlight the fact that parallels with fascism, racially-based conspiracy theories, and the real-life call in some quarters for Japan’s remilitarisation exist within the themes of Attack on Titan.

Considering the widespread popularity of the manga and subsequent anime, the question of how to engage with it on an artistic and philosophical level is an important one. Isayama himself preferred not to weigh in on the debate, telling The New Republic that, “Being a writer, I believe it is impolite to instruct your readers the way of how to read your story.”

Is Attack on Titan the alt-right's *favorite* manga? Not necessarily. Is that the point of the article? Also no. (3/n)

And despite there being myriad ways to interpret such a colossal cultural event, one thing’s for sure: plenty of people will be tuning in. Will it end exactly the same as the manga, or will MAPPA have a few tricks up its sleeve? Time will tell.

We’re getting another season!

The fandom for Attack on Titan has only grown exponentially since its release back in 2013 and it seems like we need one more season for closure.

Thanks to the official Crunchyroll Twitter page, we now know that the final season of Attack on Titan Part 3, titled Attack on Titan The Final Season Final Arc, will be airing in 2023!

Though some are poking fun at the release, there is no argument that fans of the series are longing for a proper ending to one of the world’s most beloved anime.

We’ll be adding new information to this page as it comes to hand, so stay tuned for all the updates on AOT Season 4!