In a historic moment, the national anthem has been sung in the Eora language at a major Australian sporting event for the first time.

Saturday night’s Wallabies test match will surely be remembered for years to come, after it marked the first time the national anthem had been sung in the Indigenous Eora language at an international sporting event in Australia.

The event took place at Sydney’s Bankwest Stadium and the performance, which saw 17-year-old Indigenous woman Olivia Fox singing the anthem in both English and Eora alongside the Wallabies players, has attracted widespread praise.

“The feeling was incredible, you know, walking out onto the field I was just so honoured to be there in the first place,” Fox, who is a Wiradjuri woman and a student at Newtown High School of the Performing Arts, described to SBS News.

“As soon as I started to sing the anthem, I was overwhelmed with pride. It’s an amazing feeling, just to sing it.”

The Wallabies reportedly took time during the lead up to the match to learn the anthem in the language of the Eora Nation – the Indigenous clans which make up Sydney’s metropolitan area.

Many players, fans, and Indigenous people alike have taken to social media to express their gratitude and support of the decision to sing the song in the Eora language.

The Australian anthem sung in the traditional language of the Eora Nation. A 1st at an international sporting event @RugbyAU. Wonderful rendition by Olivia Fox, supported by @wallabies back-up singers. Watching this brought tears of pride & joy. 🇦🇺❤️💛🖤 https://t.co/paKX5SpI1c

Oh wow, the Australian anthem was part sung in the Eora language. That’s huge. Well done @RugbyAU and @wallabies for singing their hearts out ❤️💛🖤 #alwayswasalwayswillbe

I think this is the first time I have ever heard the national anthem in Eora, this feels significant. https://t.co/iLwrrKh7nI

So great to see the respect & acknowledgment of Aboriginal culture tonight. National anthem sung in the language of the Eora people as well as English for the first time at an international sporting event 🖤💛❤️ Go Wallabies! @wallabies pic.twitter.com/k53UvqPdNs

There have long been calls for Australia to be more inclusive of its Indigenous people, one of the more recent coming from the unlikely camp of NSW Premier Gladys Berejiklian.

Yet, her suggestion (changing the word “young” to “one”), was perceived by many to be largely tokenistic, especially considering Berejiklian’s track record on Indigenous affairs and the fact that it came just as the Liberal Government were refusing to hang the Aboriginal flag in parliament during NAIDOC week.

Ultimately, many feel as though more needs to be done than simply changing one word.

Whilst some had their reservations about the anthem being sung in Eora (in a since-deleted post, NRL star Latrell Mitchell described: “When will people understand that changing it to language doesn’t change the meaning!”), the resounding sentiment was that Saturday night’s performance well and truly represented a step in the right direction.

Speaking on the topic, Greens Senator Lidia Thorpe (and also the first Aboriginal woman to ever serve in Victorian parliament), congratulated the Wallabies for their efforts but urged that there is “a bigger conversation to be had.”

“We can’t afford for our languages and cultures to be assimilated into a song of the past,” she wrote. “As a country, we can do better. We can *be* better. How do you think the anthem should change?”

The @wallabies should be celebrated for singing the anthem in Eora language.

But there’s a bigger conversation to be had.
The anthem should be for all of us – but this song doesn’t even recognise us.

And many of us are not “free”. 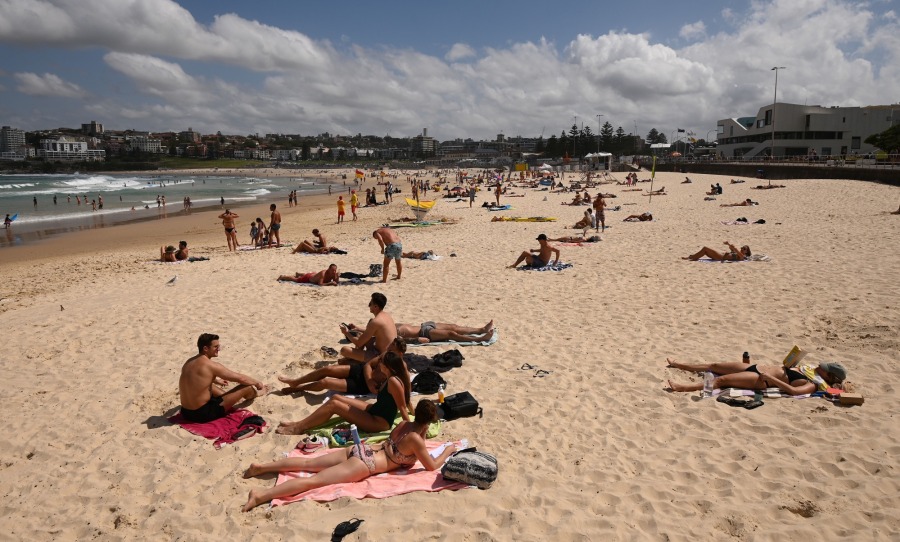