When many a young guitarist wishes to make their first foray beyond the amp and into the world of effects, they often reach for the Wah pedal. It ticks all those teenage boxes: it makes a crazy sound, it works on clean and distorted guitar and a host of legendary guitar songs throughout history have used it.

As VOX’s amps were crucial to the beginnings of stadium rock, the company played a major role in bringing the Wah pedal into the world. From the psychedelic ’60s, through heavy rock, funk and more, VOX’s invention would inspire generations of guitar slingers.

With such a pedigree behind them, VOX has renewed their classic, transforming into the classy but durable workhorse that can cut through the mix on stage, in rehearsal or even in the bedroom. Meet the V845 Wah pedal.

Not only a master in the amplification realm, VOX has an unrivalled pedigree in the development of Wah pedals. Now they’ve created the V845, a Wah for a new generation.

Where it All Began

Upon the release of the AC30 and its widespread adoption by bands in the British Invasion, VOX was riding high in confidence and was determined to capitalise on their newfound success in the burgeoning rock industry. Unlike the AC30, however, VOX’s adventure into Wah territory came from the United States, not England.

VOX was looking for US-based distribution points to access a huge market of Americans that were ready to rock. They settled on the Thomas Organ Company in California, who eventually bought the trademark rights to the VOX brand in the States, giving them a blank cheque to create their own designs.

One of these designs was a three-channel preamp control for solid-state guitar amps called Mid Range Resonance Boost or MRB. Serendipitously and significantly, engineers at Thomas Organ noticed a “wah-wah” sound when flicking between the three channels of the MRB circuit.

Organ charged one of his engineers, Brad Plunkett, with the task of changing the three-position switch into a smooth and most importantly, sweepable potentiometer. Plunkett then installed the new circuit in a VOX organ volume pedal, plugged in a guitar and the rest is history.

Funnily enough, the first icon of the VOX Wah wasn’t even a guitarist. It was Clyde McCoy, a big band trumpeter who had his heyday in the 1930s. The sound of the Wah pedal brought McCoy’s muted jazz trumpet melodies to mind and so the first commercially available model from VOX bore the name, “The Clyde McCoy Wah-Wah Pedal”. As you’d expect, this branding mattered little to the cohort of rock guitarists that were to take on the iconic tone of the pedal.

During the late ’60s, there was no shortage of guitar heroes that exploited the Wah pedal to its full potential. Voodoo Child (Slight Return) by Jimi Hendrix was perhaps the most famous examples in those early days, showing off the VOX Wah’s slinky clean tone funkiness, before descending into frenetic distortion, while the other great blues rocker of the era, Eric Clapton was letting fly with the revolutionary new pedal on tracks like Cream’s White Room.

These archetypes don’t necessarily tell the full story of the Wah though. From the theme song from Shaft in the ’70s, through to Fool’s Gold by The Stone Roses in the ’80s and Bulls on Parade by Rage Against the Machine in the ’90s – the Wah pedal has taken on many roles in its half-century of existence. Not only for the original blues-rock masters – all kinds of guitar players have sought to squash that ultimate expression pedal, perfectly attuned to capture the guitar’s mid-range snarl.

To consolidate this broad spectrum of styles throughout the decades, VOX created the V845 – based on their iconic designs of the ’60s. Like its ancestors, the V845 couldn’t be easier to operate, with an input for your guitar and an output that goes to the amp. It’s distinguished by its deep, throaty voicing, and rugged, black powder coat, making it ready for vigorous use in any environment. 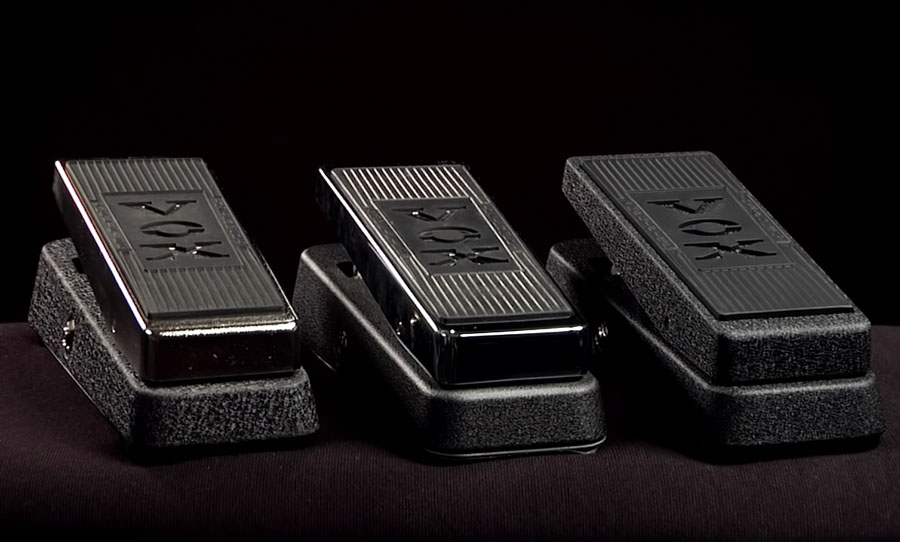 Especially appealing is its price tag. Coming in at $99, it’s the perfect pedal for the player looking to get their first taste of the iconic VOX Wah-Wah sound.

Head over to Yamaha for more information.