Dear Reality wants us to understand and use reverb in a thoughtful manner with their EXOVERB plugin. It brings the idea of spatial audio to stereo. We tested it out in the studio.

Okay, call me what you like, but anytime I open a plugin that allows me to ‘play’ and use my ears (rather than eyes) I feel like I’m making music. When you open EXOVERB you are instantly drawn towards the Triangle Pad in the middle, rather than the controls, at least I was.

With EXOVERB, Dear Reality wants to apply the fundamentals of spatial audio technology to classic stereo reverb. EXOVERB has 50 true-to-life sounding acoustic scenes, allowing you to think about reverb and the space you are in — not just mindlessly throwing on reverb and not deep thinking further, like “Where do I want this to feel like?” Firing up one of our recent Live from Happy performances — Superorganism – On & On — I was instantly able to put the performance in a different space than where it was. It was immediately effective and I felt I could go either way between creative and technical. Honestly, I’ve not used a plugin before that sounds good over an entire mix, so this was fun!

Stepping away from the wonderful and subtle ‘Modern Hall’ sound I wanted to see how to make it a ‘radio-in-a-huge-warehouse’ sound. It’s here where I really dug into the plugin. Using a Vintage Plate from the category menu, I was able to get that super long and reverberant sound by tweaking the Predelay, Width, and Depth.

I like the idea of an EQ on a reverb, if you didn’t know — EQ’ing a reverb is pretty darn important, and it can make it sit much better in a mix/space. While this was really cool, and you could ‘hear’ the reverb, I wanted to go back to the original ambience that EXOVERB offers. Going back to a Room Ambience sound, I found that they have created a realistic depth in the plugin. Moving around a few other options in the menu, I soon realised that these are not presets — simply room sounds.

I found this very thoughtful and reminded me to tweak the settings to get the best sound out of the space I chose. All too often, we see people choosing presets without knowing what’s really going on. Is this a lack of curiosity or a lack of imagination?

What is Reverb? Why do we use it? Even from the dawn of time reverberation has played a part in what music is made in these spaces — David Byrne from the Talking Heads talks about how different rooms affect different musical styles (Churches = longer music, Small Punk Rock Bars = Shorter faster music). These days we use reverb to create space, depth, and width. Dear Reality feels that there’s a lack of real depth in the reverbs on offer. They want you to have a real sense of depth without blurring your mix. They bought in spatial audio experts to fine-tune the reflections, whether they be early or late.

Using this plugin made me feel like I was in control of the reverb, not the other way around.

Oh, and special kudos to Dear Reality for making that oh-so-pleasant user interface design of click and drag the bottom corner for resizing the plugin window. If you’ve kept up with our reviews — we love that feature. 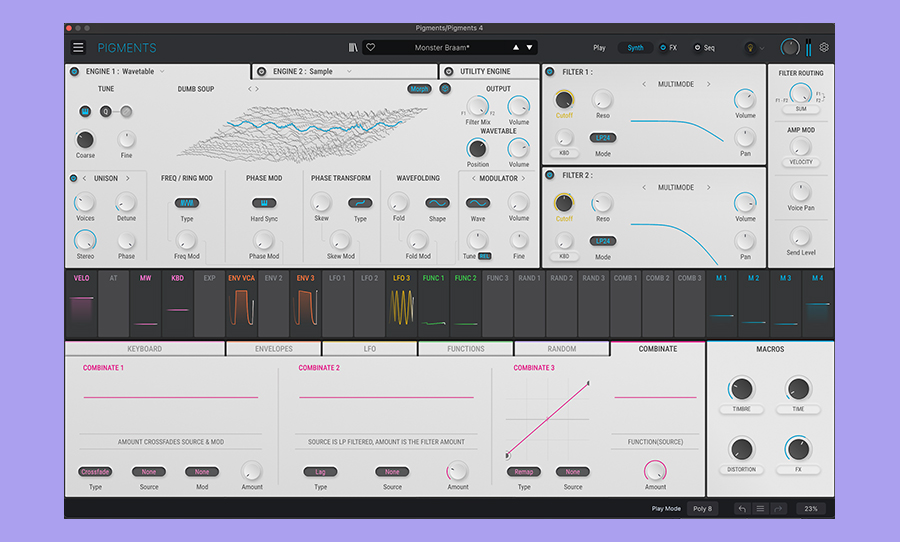