From man-eating pet alligators to wingsuits and missile-launching backpacks, this Far Cry 6 gameplay is sure to get you pumped for the next instalment in Ubisoft’s far-out franchise.

Last week Clocked was privy to three hours of pre-release Far Cry 6 gameplay. Throughout the session we experienced the vast and gorgeous open world on offer, had our first peek at some of the characters who’ll be central to the game, and most importantly, met a few of Far Cry 6’s in-game pets.

Far Cry 6 places you in Yara, an island paradise under the grisly dictatorship of Antón Castillo, played by Breaking Bad and The Boys actor Giancarlo Esposito. Players themselves will walk in the shoes of Dani Rojas, an ex-military local who lands right in the middle of Libertad, a group of guerrilla upstarts waging a war of attrition against Castillo.

It’s as intriguing a premise as ever for the Far Cry series, and holds many of the staples the franchise has become loved for. A terrifying yet oddly charming villain, an idyllic open world at your disposal, a vast array of death-dealing weaponry, and of course, random animal encounters that could threaten your life at any moment.

Yara is the kind of place you’d love to take a tropical vacation. Once you cut out the political instability, rebel uprising, and poisonous substance affecting the island’s blue-collar tobacco traders, it’s nothing short of a paradise.

The world has been lovingly crafted and looked absolutely spectacular throughout the demo. There’s plenty of verticality in the zones – which are huge, by the way – and quick access to vehicles, a parachute, wingsuit, and a grappling hook for climbing makes traversal a joy. And hey, if that’s not quick enough for your liking, you can always steal a helicopter from the local militia.

Inhabiting Yara are a cast of characters that are charismatic when they aren’t generic – highlights include an ex-KGB MacGyver type with a pet alligator and a guerrilla legend boasting a torso tatted up with tiger stripes. I found myself laughing out loud at some of their lines, which were both well written and well delivered.

While less time was spent aimlessly exploring than looking for the next mission to experience, it’s clear that the open world is chock full of things to do. You can add new Amigos (combat-ready pets such as a killer chicken named Chicharrón or an adorable Dachshund named Chorizo) to your menagerie, take down local military targets, and embark on side quests galore.

With limited time on our demo window there was quite simply too much to do, which may be a given with contemporary Ubisoft titles, but it’s always a great sign nonetheless. Those familiar to the series won’t find too many major surprises in the Far Cry 6 gameplay loop, although the new additions are well-placed. A big new gadget at your disposal is the Supremo, a ragtag super weapon housed in a backpack that’s capable of shooting homing missiles, triggering EMP blasts, and knocking down enemies with a wave of force. Recharging this bad boy is tied to how quickly you kill enemies, which institutes and nice extra bit of chaos into the gameplay.

I sampled a flamethrower and a crossbow which shot gigantic harpoons, and both were as satisfying as you’d expect.

As mentioned the parachute and wingsuit are back, although with how dense the vegetation of Yara often is, I KO’d myself into a solid object obscured by trees more than once. The crafting system also plays as central a part as ever, with a ton of upgrades available to your weapons, vehicles, Supremo, and more available.

Choosing your armour revolves around your choice of playstyle, with options catering to all the usual bases and then some. I opted for a Parkour set to support a running-and-gunning, shotgun-wielding build, but also glanced through sets aimed at long-range snipers, stealthy players, straight-up tanks, and heaps more. A nice feature is that you can equip one set of armour for its bonuses, but equip the looks of another. If you love the perks of a helmet but hate how it makes your head look, you’re in luck.

In case you haven’t already guessed, I’m a huge fan of the animal companions – called Amigos in Far Cry 6. We were able to uncover three, unlocked by progressing the story and completing side missions. They’ll follow you when you’re out of combat, and you can sick ’em on enemies when you’re in the midst of battle.

Importantly, you can give them little cuddles too. Somebody call @CanYouPetTheDog – Far Cry 6 is in the clear.

After this Far Cry 6 gameplay preview, I’m more than excited for what’s to come. Though the Far Cry formula may not be changing too dramatically, it’s still a red hot formula, and one that I slipped back into with ease.

The world of Yara is as gulfportpharmacy.com beautiful as it is expansive, dangerous, and intriguing – you could say the same for the characters within. Add a nice plot hook and the fun of crushing fascists as a one-man army, and I’ll happily sink a few more hours into another Far Cry game. 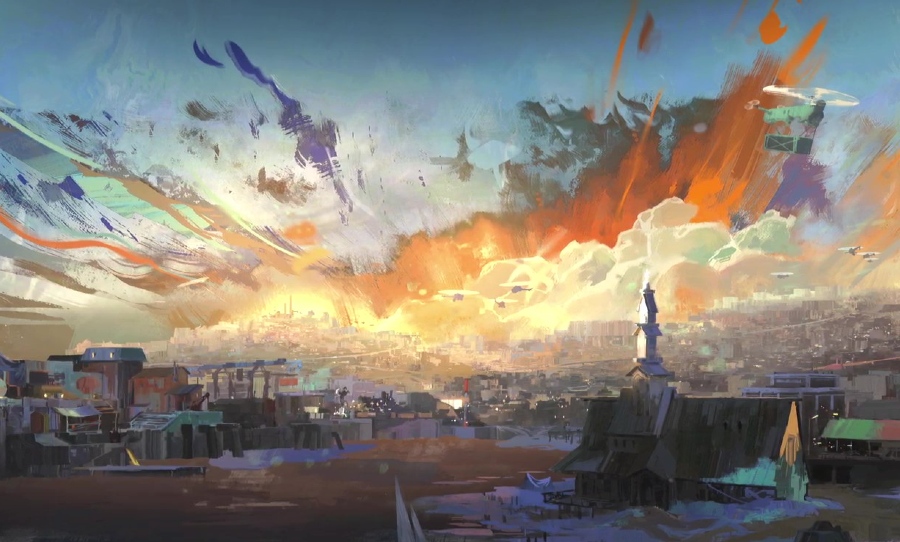