Aussie electro duo Indian Summer are pushing all the right buttons right now, and not just on their decks. A few months back they released Been Here Before featuring Eloise Cleary, their first single after a bit of a touring hiatus.

Since then, they’ve been back on the road, hitting up their own shows as well as some huge festivals to boot. The Real Time Engagement tour is well and truly underway, but between mind-blowing shows we caught up with one half of the group, Gabe Gleeson, for a quick chat. Indian Summer are back in action, ready to unleash a bustling backlog of huge tunes. Amidst their fattest tour yet, we chat festivals, the Aussie talent, and shower beers.

HAPPY: Congrats on Been Here Before, such a tune. Feel good to be making music again?

GABE: Glad you’re digging it! We actually never stopped making music, we made a really conscious decision to step away from touring and releasing at the end of 2014 in favour of creating a large cache of work. It does feel really good to be back on the road showcasing what we wrote during that time though, playing Splendour In The Grass this year and the first few shows of this tour has been outstanding.

HAPPY: I see you celebrated it’s release with a shower beer. What’s your favourite beer (in or out of the shower)?

GABE: Haha we just grabbed whatever was in the fridge for that photo, I’m much more partial to Asahi or Kirin, Chevy loves Coronas.

HAPPY: Are there a couple more cheeky releases in the works?

GABE: Plenty! There are heaps more tunes coming out slowly over the next year or so. The next one we recorded with an amazing act from Brisbane called Lastlings, it has some very exciting remixes that will go along with it.

HAPPY: Sweat It Out are putting out some awesome stuff, what’s it been like working with those legends?

GABE: We love the crew at Sweat It Out, they’ve been so supportive of us over the past couple of years. We love touring with the crew and at the end of the day we’re just massive fans of all the other artists on the label, there’s no better place to be.

HAPPY: You guys eager to get on the road again? It’s been a while.

GABE: Very eager, this one is actually going down over three months so it’s definitely going to be tiring! We love travel though so definitely no complaints.

HAPPY: The Plot in Sydney is coming up, such a sick lineup. Who are you excited to play alongside there?

GABE: Honestly we can’t wait to see Gold Fields play again, it’s been so long since we’ve watched them and their shows are always amazing. GL are also favourites of ours and of course Nicole Millar who we’ve been doing some writing with over the past year.

HAPPY: Have either of you ever experienced a real life Indian summer? I suppose Australia gets pretty close anyway.

GABE: It is actually beautiful and unseasonably warm down in Melbourne at the moment, I suppose we’re experiencing one right now!

HAPPY: What are your favourite haunts in Melbourne town?

GABE: One of my favourite places to hang out is Magic Mountain on Little Collins Street; it’s a super nice place to just go, meet up with friends and hang out in a dark corner. I also really like Boney which is conveniently right next door.

HAPPY: You guys seem to champion a lot of up and coming acts, any shows you’ve been to recently that really impressed?

GABE: Lastlings are definitely a band to watch out for. Moonbase Commander just played Splendour In The Grass, is touring and has released a bunch of great music in the past six months. Can’t really say they’re up and coming, but Polographia are an act that have been around for years and are on Sweat It Out with us, their output over the past six months has been incredible. 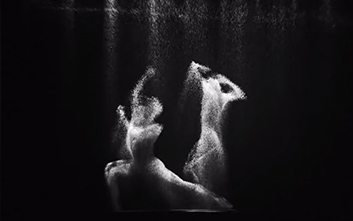 Pining for some new tunes? Get around Indian Summer's top 5 picks for upcoming Aussie electro outfits