Rock and roll hall of famer Neil Young had a recent performance cut off after playing over curfew.

The festival, BottleRock Napa Valley, abides by a strict 10pm curfew after nearby residents complained of the noise back in 2013. During Young’s classic song Rockin’ in the Free World, the outdoor festival cut off the main stage’s speakers after violating the curfew. While they began the track with only 10 minutes of the set left to go, 73-year old Young and his band continued playing with their quieter stage amps until the song was over.

Videos of the event show someone running on stage alerting the band before Young decides to continue playing. In a triumphant finale, the crowd chants the chorus, seeming to make up all the volume that was lost.

Young isn’t the first to go beyond the time restriction at BottleRock; the Foo Fighters in 2017  and The Cure in 2014 were also unplugged.

This was his first performance in Northern California since 2016 and his 90 minute set consisted of favourites such as Harvest Moon, Heart of Gold and Like a Hurricane. Here are the 5 greatest MTV Unplugged performances of all time Movie soundtracks and MTV Unplugged: we take 5 with Biffy Clyro 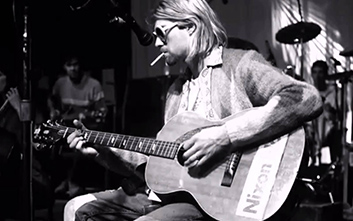 Craving some finger picking goodness? Here are five of the best unplugged jams to get you through.