Bluesfest Byron Bay 2016 has only just passed, but this morning the festival organisers have announced they’ll be taking 2017 tickets off sale next week! Want cheap tickets to the snazziest Blues festival in the country?! Better get in quick

This year’s festival seen a stellar line-up of acts including Kendrick Lamar, Graham Nash, Tom Jones and Noel Gallagher’s High Flying Birds, take to the stages, impressing crowds so hugely that since the festival gates closed, ticket sales have been through the roof, meaning 2017 early-bird tickets will be taken off sale next week, with some ticket types being removed even sooner. Tickets will only be available again once the first artist announcement is released later this year.

Festival organiser Peter Noble, is currently scouting talent in the US, and abroad, and has promised some of the world’s biggest artists on the cards for next year.

“Bluesfest 2017 is shaping up to be a very special year. I have been travelling and meeting artist’s managers and agents in the U.S. and the U.K. recently, and I can say it’s all coming together brilliantly. Whilst I don’t always get all the artists I approach to play, this coming year, so far, is looking like one for the books.

We are now in the process of finalising negotiations with some of the world’s most famous artists… I can tell you this, without a shadow of a doubt, Bluesfest 2017 will be one of our greatest events. This is our passion and what we live for.”

Punters looking to get a slice of the Bluesfest pie, are being urged to get in early, as the ticket prices will be higher when they go on sale again. 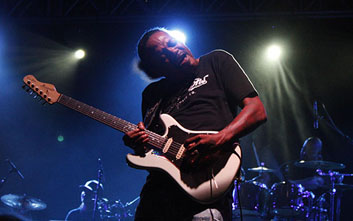