Scott & Charlene’s Wedding have just ticked off the last of the gigs on their massive Australian tour. Over the last month they’ve hit every corner of the country, and a tour this huge always opens the floodgates for some killer stories.

The tour came around as the band released their latest single Maureen, an upbeat, undoubtedly Australian hit with some charming lyrics and a great story to tell. The Scott & Charlene’s Wedding tour diary is here! Eager to document their Up the Guts tour, the band have captured some of their favourite moments from the huge trip.

Day one, back of the bus in Hobart, Tassie. 15 shows in 17 days, non-stop from Hobart to Darwin. We were on the road as part of the first annual Up the Guts tour, with 5 bands all travelling together on a 17-seater bus called Gladys. The fellow pictured in the bottom left, James Clarke, was our tour manager and trusty driver. Here he is enjoying a warm Coopers after a long morning of driving through the freezing Tasmanian countryside. 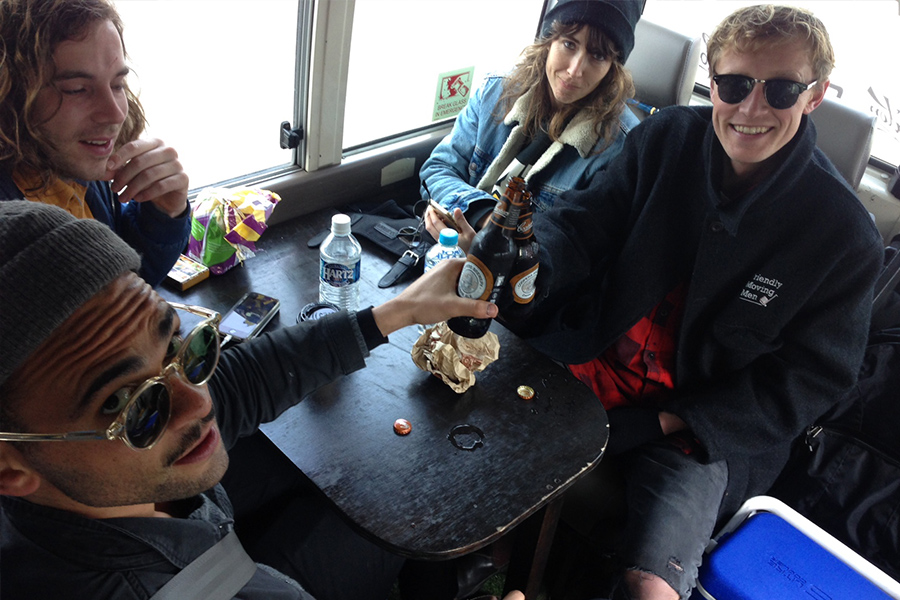 Snowball fights are a real thing in Tasmania! We had only been on the first leg of the first ever drive for a couple of hours, but already the members of Scott & Charlene’s Wedding had become embedded in some deep, dark feuds that will probably last for years to come. There is no time for prisoners on a tour like this. Day Two, post snowball fight. Craig looks pretty happy with his win in this one. Things get pretty weird in the desert. Once you hit Whyalla in South Australia and turn inland, the greenery drops off and the dirt gets red. This snap was taken out in Glendambo, SA; a truckstop in the middle of nowhere where we spent two nights camping under the stars. Family photo around the campfire at Glendambo, SA. We all managed to stay up into the wee hours this night and enjoy a game of cricket against the desert sunrise. Next morning, the owner of the caravan park came around to our camp site – but instead of telling us off for such a racket, dumped a pile of wood next to the campfire and asked if we were ready to share a couple morning beers. Legend. Cross the border into NT and the fun is only just beginning. Here we have Jack Parsons of the Pretty Littles, Craig from Scott & Charlene’s Wedding, and their faithful hound, Jack Farley. Grove Hill, NT. A beautiful secluded spot, half an hour off the Sturt Highway. One pub, a few campsites, and a hell of a good show. I think this one was taken at a small roadside community called Ti Tree, NT. This shop was our first stop in a long while, just scraping in as we hit the bottom of another fuel tank. Unfortunately the edible fare was pretty weak, so we contended ourselves with servo coffee and a stretch in the sun. Pretty much sums up the tour, really. Scotdrakula – once again putting on another ripsnorter of a show, this time at the Railway Club in Darwin. There were numerous stage invasions, including Joe from Bedroom Suck jumping up to join Matt Neumann on lead vocal. Look at that Flying V! One last family photo, taken at the Grove Hill Hotel, two hours south of Darwin. Many of us made a second home here at Grove Hill, and I wouldn’t be surprised if we all head back that way for an Up The Guts reunion. As a band, Scott & Charlene’s Wedding have played some weird places and had our shaky moments, but I honestly think that this trip into the red heart of Australia trumped everything. Keep your eyes peeled for Up the Guts 2017, it’s on! 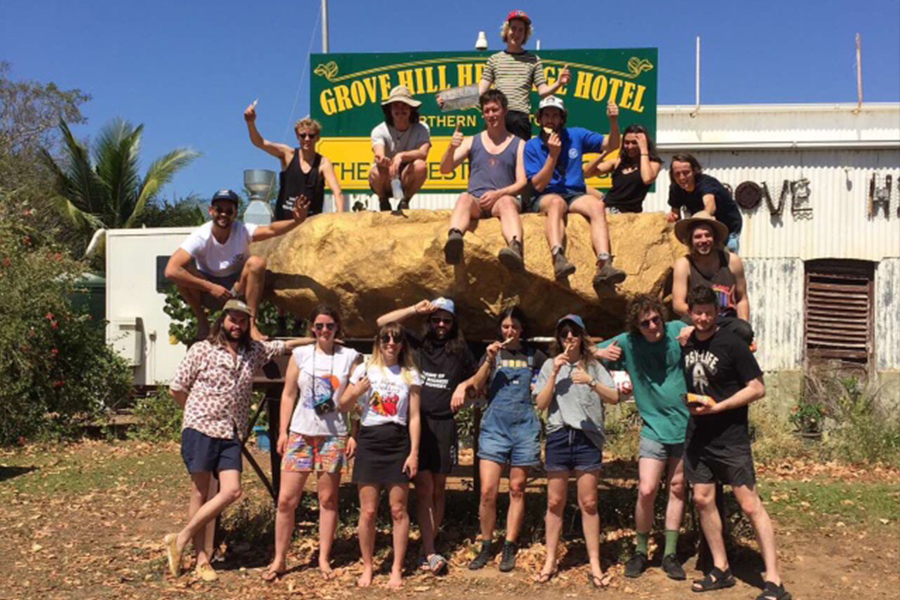 Unfortunately, that’s all Scott & Maureen’s Wedding will be offering Australia for the moment. If you’re reading from New Zealand, however, be sure to catch them at the following shows:

You can also pre-order their forthcoming record here. Out September 9th on Bedroom Suck records. The newest banger from The Southern River Band is smoking hot... literally Dreaming of waves and sunshine? Wild Honey take us to a warmer place with a chat about surf music 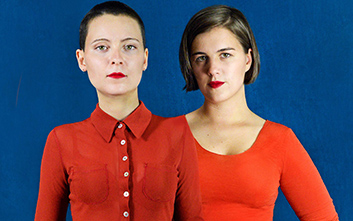