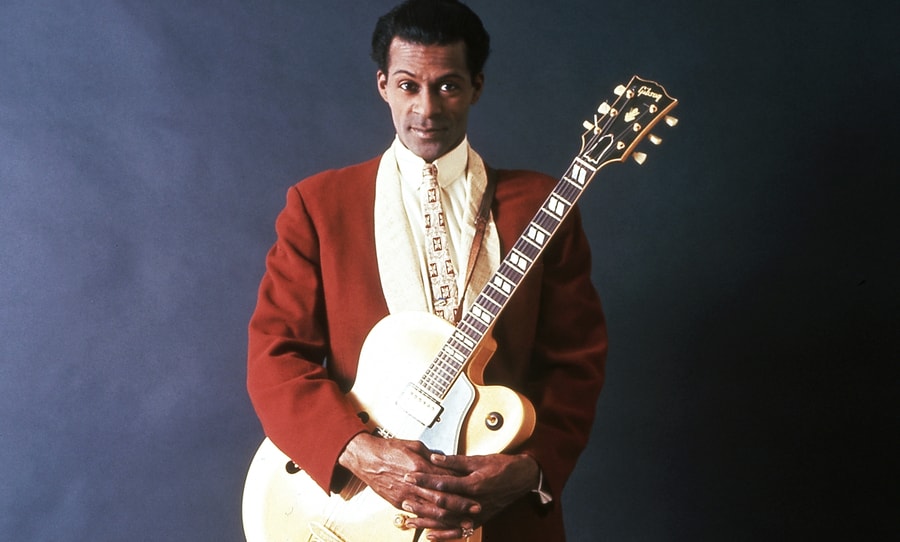 Gibson has just released the first-ever signature guitar for the “Father of Rock and Roll”, Chuck Berry.

After hinting about the release for the months, the historically accurate replication of Berry’s original guitar, the 1955 ES-350T, has officially been announced. Teaming up with Chuck Berry’s family, Gibson x-rayed the original guitar down to a micro-level in order to recreate it.

Gibson has finally announced the Chuck Berry 1955 ES-350T signature guitar, the first-ever historically accurate replica of the guitar played by the iconic musician.

Chuck Berry, an American singer, songwriter, and guitarist, was one of the pioneers of rock and roll and has been credited as having a major influence on all rock music which followed. In a statement, Gibson described, “Chuck Berry’s performances on American Bandstand in the 1950s changed the world.”

A pair of “fiery” dog-ear P-90s serve as the pickups and the guitar bears an elegant engraved wire loop trapeze tailpiece. The guitar also comes with a Custom Shop ES-350T case, a replica strap, and a replica of the Zuni “Sun God” bolo tie that Berry wore throughout the 1950s.

In a video provided by Gibson, Berry’s son, Charles Berry Jr., can be seen talking about his father, describing how in high school he was already a rebel, and his fellow classmates loved his music, even though they weren’t supposed to.

“[Later] he put the hammer down, picked this thing up and kept on rolling,” his son describes, gesturing to the guitar. “He was like ‘Ok, let’s see, what’s going to appeal to the largest number of people possible, and what’s going to feed my family?’ And that’s where Maybellene came from.”

For more info head over to the Gibson website. Check out the video below.