The delicate sound of classical music attracts swan-like ballerinas and humpback whales attract one another by performing their own curious mating songs. So it seems only fitting that the aggressive thrashing of death metal music would attract one of the most terrifying creatures of the animal kingdom, great white sharks. Forget thrusting the devil horns up in the air. It’s all about the shark fin and paying homage to metal’s biggest fans (literally), great white sharks.

It was discovered by a Discovery Channel documentary crew that pumping death metal music into the water can act as a daring invitation for great white sharks to join the party. Whilst filming Bride of Jaws for Shark Week, the crew blasted death metal music through a military underwater speaker in attempt to attract a whopping 4.8 meter shark. The monstrous creature known as “Joan of Shark” unfortunately didn’t receive the memo, however two other sharks did come up to the boat in Joan’s absence to crash the party, one an impressive 4.2 meters long – an intimidating gate crasher to turn away.

Sharks have a sense organ called the lateral line, which runs all the way from their head to their tail fin, allowing them to feel the vibrations made by sound waves. Great whites are extremely sensitive to low-frequency vibrations, as they use it to seek out shoals of fish.

This makes the thunderous tones of death metal the perfect tune to draw great whites to the dance floor. Although they may not be able to hear the musicality of death metal music, they can certainly feel it in their ‘bones’. So great white sharks aren’t just hearing ‘white’ noise after all, who’d have thought. Does this mean Byron Bay is potentially shark infested from listening to so much Parkway Drive over the last ten years?

It appears these sharks aren’t at all swayed by pop-culture trends, as a few years ago they were still into all things heavy. An Australian shark tour operator discovered that the sharks responded to AC/DC songs in a similar way. Who knows, maybe Mick Fanning was secretly belting out some Highway to Hell mid wave, perhaps an orchestral piece would have seen those sharks shaking in their boots… fins?

Moral of the story, let’s not host any beach side metal festivals any time soon, lest you want to be dragged into a new version of the wall of death. 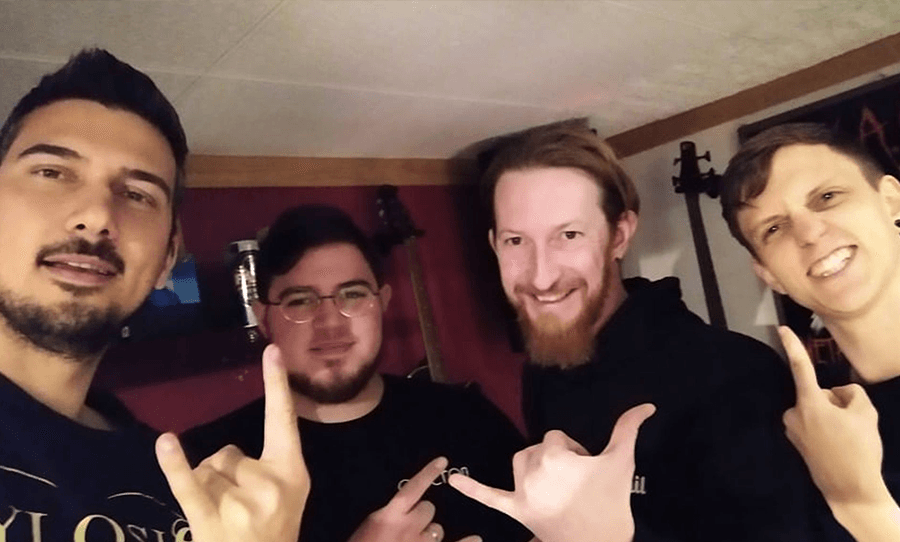