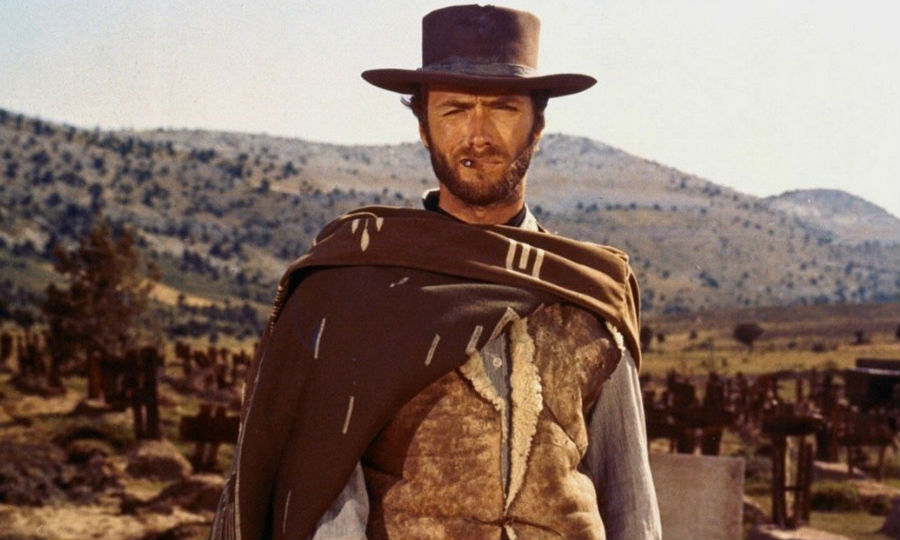 The ’60s was a revolutionary time for cinema and produced some of the best movie soundtracks of all time. It was the birth of the New Hollywood period, also referred to as the Hollywood Renaissance, and was a pivotal consonance of forces  that changed cinema forever as film makers everywhere flocked to Hollywood. Spaghetti Western’s were in full bloom with directors like Jean Luc Godard, Roman Polanski and Alfred Hitchcock challenging the social and political epistemologies of the decade.

For a decade that was more or less in flux, so too was the film score of the time. Pop music was given more space in cinema while composers were becoming far more experimental with their approach.

Thus we honour the effervescence of the time with the top 10 original movie soundtracks of the ’60s. The 1960s was a pivotal time for cinema as well as film scores. Thus we have listed the 10 best movie soundtracks of the ’60s.

Incorporating elements of symphonic jazz, Schifrin’s classic composition was written specifically for Steve McQueen. Ofttimes brooding and silent, Mcqueen was perfectly aided by the ever changing score that was designed to specifically suit each scene, from car chases to mellow reflections. It’s a beautiful piece of film score that is never over worked or overstated.

Henry Mancini’s legendary Pink Panther theme is one the most famous pieces of music in film history and is the winner of three Grammys, an Academy Award nomination and peaked at #8 on the Charts in 1964.

Furthermore, the cartoon panther that dances the start of the film was animated in time to the music.

8. Planet Of The Apes – Jerry Goldsmith

A man with 250 films scores to his credit, the master composer Jerry Goldsmith struck a pure note on Planet Of The Apes. The first to test the sonic waters of these dystopic simians, Goldsmith crafted a stunning score defined by it’s sparseness and space between the music.

Despite the fame of the film, Maurice Jarre was not David Lean’s first choice to score the 1962 desert epic. He wasn’t even the third or fourth! After William Walton and Malcolm Arnold were both unavailable, Jarre was enlisted with only six weeks to compose a score.

Despite the strict schedule Jarre came through with a movie soundtrack that perfectly encapsulates the riven desert setting and Eastern themes eventually earning him an Academy Award.

A modern retelling of Romeo and Juliet, Leonard Bernstein perfectly adapted the Shakespearean tragedy into New York in the mid 1950s. The film adaption of the broadway classic came out in 1961 with new orchestration from Sid Ramin and Irwin Kostal who had done the orchestration for the original Broadway production.

Now allowed the freedom of three times as many musicians, the result is a lush, dense and moving score for one the greatest stories of our time. Nothing says tragedy like dancing gangs.

5. You Only Live Twice – John Barry

James Bond is synonymous with Western cinema history and some of the most enduring titles were produced during the ’60s. You Only Live Twice was the fifth James Bond film and the fourth to feature music from John Barry.

Sung by Nancy Sinatra the music takes cues from Japanese music, reflecting the films setting and has become one of the most iconic James Bond themes to date.

Up until the ’60s film scores were predominantly focused on massive orchestral sweeps with highly distinctive melodies with Casablanca and Gone With The Wind springing to mind. However, more experimental, avant-garde pieces had begun to emerge with Bela Bartok, a Hungarian composer, creating some very famous atonal violin pieces.

Bernard Hermann was heavily inspired by Bartok when creating this minimalistic, violin centric anxiety fest, and holy smokes what an iconic piece of music. It perfectly embodies this Alfred Hitchcock classic whose themes remain relevant to this day.

3. The Good, The Bad and The Ugly – Ennio Morricone

Featuring the classic Morricone traits of yodels, whistling and gunfire, The Good, The Bad and The Ugly, is certainly one of the most legendary movie soundtracks of all time.

Stanley Kubrick is often praised for the use of classical music in his films such as in A Clockwork Orange, however, none more so than 2001: A Space Odyssey. While Kubrick originally opted for a score from composer Alex North, it was abandoned in post production for as Kubrick stated, “However good our best film composers may be, they are not a Beethoven, a Mozart or a Brahms”.

Even old time composers like Elmer Bernstein were particularly inspired by the 1960s and this seminal score can be heard everywhere from Disneyland to James Bond. The Magnificent Seven is one of those soundtracks that is so famous that everyone recognises it the second they hear it.

In fact most people could probably whistle it and thus it has become synonymous with the Western genre. A soundtrack almost as famous as the movie itself Bernstein’s score is the best movie soundtrack of the 1960s.