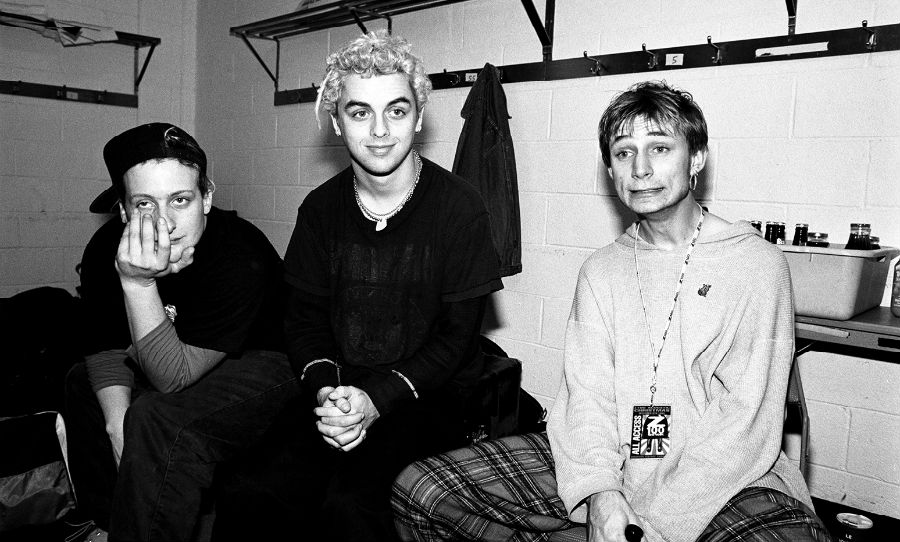 Green Day have unfairly become the laughing stock of modern-day music fans, their influence ignorantly overlooked or blatantly ignored. It was OK to like Green Day when you were 10 and American Idiot had just come out; you painted your nails black, ripped ladders in your stockings and listened to Boulevard of Broken Dreams in your room, pretending to hate your parents because that’s what punks did.

But now you’re in your twenties or thirties, you and your friends take Instagram videos of dogs at the pub on a Friday afternoon and refuse to admit that you ever Blu-tacked posters of Billie Joe, Mike and Tre on your bedroom wall, in the hopes of one day marrying them all.

Dookie, Green Day’s 1994 magnum opus, paved the way for the band to become one of the most influential acts of the late ’90s and early ’00s.

It’s now been 25 years since Dookie, the album that catapulted Green Day into international fame, was released worldwide. Bands have, since its release, attempted to recreate the originality of Dookie, and they probably will continue to. The fact is that if it weren’t for this album, we’d have no Blink 182, no Offspring, no Sum 41, Good Charlotte or Fall Out Boy.

Pop punk deniers may relish in the thought, but regardless of whether you’re a fan or not, it’s impossible to argue against the influence of Green Day’s third album.

1994 marked the year that pop-punk transcended the underground and entered the mainstream, Dookie establishing Green Day as a force of teenage anguish, naive punk and tongue-in-cheek impertinence. Billie Joe, Mike and Tre were still doe-eyed when Dookie was released, all three just 22 or younger.

The album teetered on the edge; it was too aggressive to be pop and too mainstream to be punk. It was, perhaps, one of the biggest genre-defining releases of the ’90s. It made the entire pop-punk movement possible.

The band rejected conventional ideas of what punk was meant to be; while the trio paid homage to Sex Pistols, Ramones and The Clash, they never tried to emulate their sounds. Instead, they created their own.

The angst of Dookie was more influential than the trio could have ever predicted. It was the band’s third album, coming after Kerplunk and 1039/Smoothed Out Slappy Hours, but the band’s first album to be released through a major record label.

Pre-Dookie purist fans rejected the band after their signing and subsequent release with Reprise Records, and Green Day was even banned from one of their old haunts for “selling out”. To this day, the trio still aren’t allowed to visit 924 Gilman Street in San Francisco’s Bay Area.

Yet music critics believed in Dookie, and the album amassed acclaim worldwide. It charted internationally and paved the way for the band to become one of the most prolific acts of the 1990s and early 2000s. Their subsequent releases followed suit; while their later albums didn’t have quite the same impact as Dookie, the band continued their well-deserved ascent to the top.

Green Day were, and still are, politically outspoken; American Idiot was a conceptual masterpiece centred around the dystopic wasteland of the United States and its War on Iraq. They’re still active in politics, continually campaigning against the oppressive Trump regime. They always have and always will use their status for good, and not for evil.

Perhaps Green Day aren’t the punks they used to be. They’ll never release another Dookie, and I think they’re OK with that. Instead, they’re selling all their old gear and using their time to direct Broadway musicals. Their nonchalant brand of pop-punk has turned into Everly Brothers covers albums with Norah Jones.

They’re husbands and fathers now; their priorities have shifted from shaping the course of music history to shaping the courses of their families’ histories. Dookie, and perhaps Green Day, are retrospective now. But there will always be a Green Day-shaped hole in my heart. PREMIERE: Backed by 25 years of experience, Good Help's shining debut album is anything but bare