Up until now, Italian company IK Multimedia have been most famous for building intuitive hardware that allows people to make music using their computers and mobile devices. Preamps, audio interfaces, microphones, even micro monitors – if someone has plugged an electric guitar into in iPad, there’s a fair chance that IK Multimedia has been involved somewhere in that signal chain.

So while these innovations have been a boon to a wider consumer market, fully-fledged pros are probably looking elsewhere for a hardware recording solution (there really is only so much horsepower you can expect from a mobile phone).With a couple of pieces of software, however, IK Multimedia have taken a no compromises approach to sonic quality, heritage and taste.

The T-RackS 5 suite of audio-processing plugins and the AmpliTube 4 collection of guitar amps, bass amps, cabinets and stompboxes are designed with DAWs in mind, but can also stand proudly alone. Uncompromising tone from a wide selection of studio favourites: IK Multimedia’s T-RackS 5 and AmpliTube 4 meets the demands of the modern studio while paying tribute to the classics of the past.

The T-RackS 5 stable of plugins covers the archetypal branches of sound processing: various flavours of EQ, dynamic control, harmonics and ambience are all available.

There are also a couple of additions that expand on typical mix tools, like Mic Room (effectively re-miking a source sound with a selection of quintessential microphones) and Quad Image (a multiband stereo imager).

Enhancing the “pro” credentials of T-Racks 5 is the homage to various studio staples like Neve and Pultec EQ modules, SSL channel strips, and Universal Audio compressors. Anyone familiar with these pieces of hardware will be able to jump in the driver’s seat and take off on a mix straight away.

And while it functions like a typical plugin in a DAW, you can import audio into T-Racks 5 in stand-alone mode and apply effects in customised chains.

Conveniently, you can save four different versions of a chain (A,B,C,D) and flick between them on the same piece of audio, which saves you having to duplicate tracks for comparison, or rebuild a channel strip. Amps in the Box

Within the sub menus you can find the exact amp models across a range of eras, with interfaces that look “anatomically” correct. So like the T-RackS 5 emulations, if you’re familiar with the original, it’s pretty easy to dial in your favourite tone, post haste.

The signal path is clearly laid out at the top of the screen, with space for a tuner, stompboxes, amps, inserts, cabinets and effects racks. The ability to tweak the signal at different stages in the chain is a piece of cake.

The sounds are all the more convincing and compelling when you switch the cabinets and manipulate microphone positions (which could be used for some “reamping” in the mix). And with user-friendly interfaces at each step, it’s fun to create custom sounds to taste.

Being a guitar and bass interface, there’s slightly more emphasis on performance. There’s basic multitrack recording and four-track looping available, but it’s the tones themselves that really excel.

Assuming your conversion and latency specs are up to it, there’s no barrier to setting up convincing custom chains and using them for live performances -the Ampeg collection, including the old B-15, is especially great for creating some Motown magic.

If you’d like to find out more about the T-RackS 5 suite of effects, or the AmpliTube 4 range of guitar and bass amps, visit IK Multimedia. 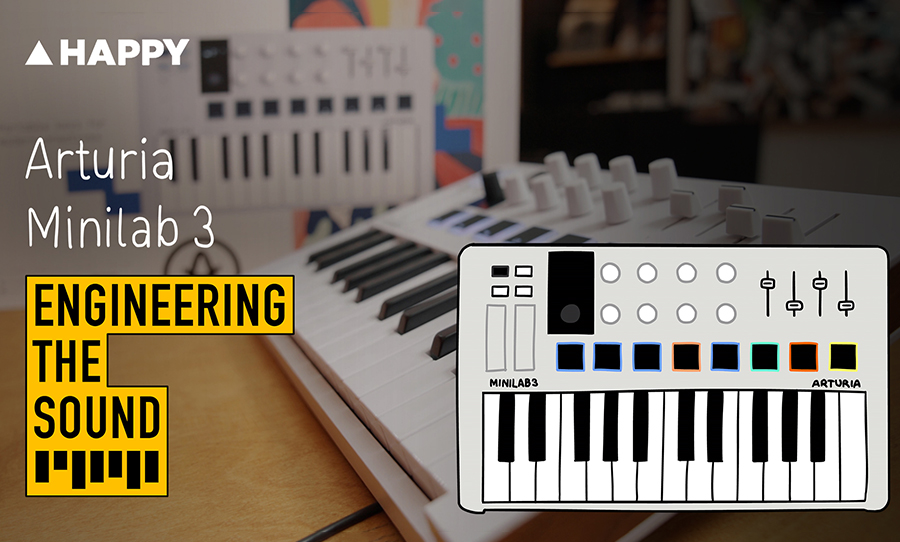