There is a wealth of Australian musicians who have never had a music lesson in their life. They taught themselves guitar or listened to enough hip-hop that they were inspired to try it out themselves. As amazing as these artists are, it is immediately obvious how much studying music helps your performance when bands like Art Versus Science or The Cat Empire take the stage. Having been trained in classical voice, violin and guitar, the worldly Jasia is a melting pot of experience bubbling over with talent. 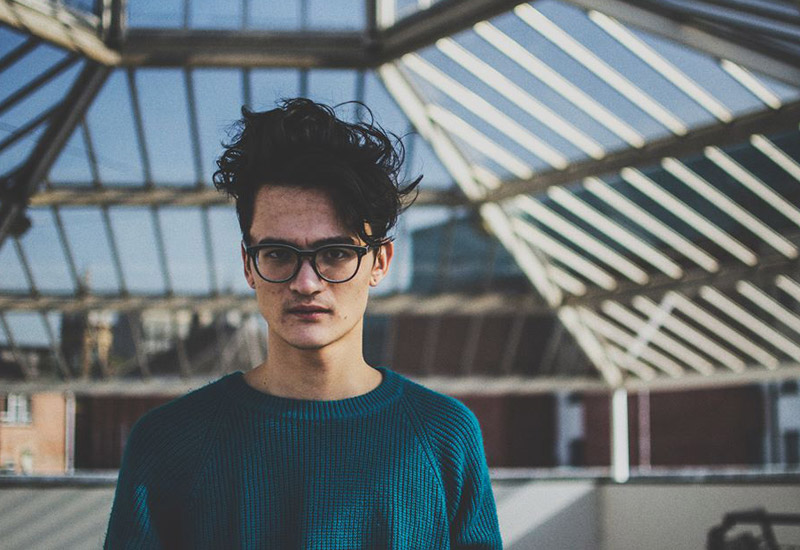 Jasia makes the most of his classical background to create atmospheric wonders in this realm of electronic music.

Born in Jamaica and raised in the US, Josiah Willows has been living in Australia since he was 18. Having quit uni in 2010 to play in the traveling indie rock band Set Sail, Josiah nurtured a love of music and travel before taking an unaided plunge into the world of electronic music, taking up the moniker Jasia on the way.

Debuting earlier this year Jasia released his first single Inverbatim, which immediately grabbed the attention of a lot of listeners. Inverbatim is a huge tune, reminiscent of a family beach holiday view on old super 8 footage, saturated with rich layering, eclectic instrumentation and pleasing harmonies. Rousing at its high points and emotional everywhere else, it is an obvious culmination of his worldwide experiences.

Shortly after the release of his principal single, Jasia unveiled the accompanying video, made with the help of a NIDA post-graduate student, which in his words “reimagines the 1979 anti-drug video ‘Drugs Are Like That’ and the 1992 bus safety video ‘Ghost Rider’ as a commentary on desire and loss in flux”. Both of these releases garnered large praise from critical audiences, featuring Jasia as FBI’s unsigned artist of the week as well as one of the Triple J Unearthed top 10 discoveries this year.

Since his inauguration Jasia has release two more singles via Soundcloud. Lowlife (his sophomore release) is a texturally rich soundscape with which is both turbulent and unperturbed. Released last month Safety features dreamy vocals, his signature mastery over orchestral composition and an overarching brightness which will resonate with fans of Passion Pit and Clams Casino.

Having just finished a support tour with Airling, Jasia has gone underground; you’ll need to keep an ear to the floor (or like his Facebook page) if you’d like to see him in the flesh.