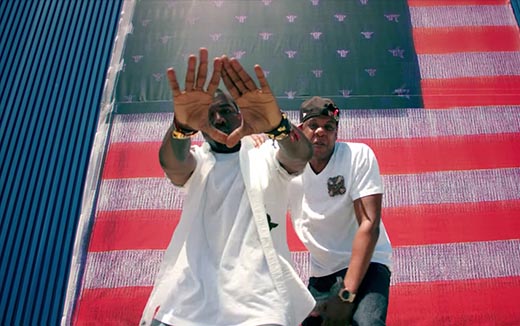 He might be married to Beyonce, but it’s not all coming up for Jay Z at the moment. Tidal, the streaming service acquired by the rapping monolith in a larger deal totalling around $73m, has slipped out of the top 700 chart for iPhone apps only a month after its launch. This development is no doubt very concerning to Jay Z, who along with his big-name music industry mates like Madonna, Chris Martin, Daft Punk, Deadmau5 and Kanye West (more on him a bit later), launched the service in March to much fanfare.

This latest bit of news compounds the company’s recent uneasy sailing, with questions being asked of Tidal’s claims of a more rewarding royalty system; being associated with A-list musicians has led to suspicions that Tidal has been designed to make rich musicians even richer. The company has also recently had a change of CEO in what was described as a “streamlining move”.

Even more concerning is also the continuing surge in popularity for rival streaming services Pandora and Spotify, with both of those setups now in the top 4 of the revenue charts for iPhone apps in the U.S. (pushing out Candy Crush in the process). Many thinkers and sayers in the music world have been speculating that Tidal’s digital strategy, which in part focussed on bashing Pandora and Spotify for their royalty structures, actually lent their rivals some publicity.

In other news – or not really news, because it was all on Twitter – Kanye West has removed all references to Tidal from his Twitter feed, and has changed his profile photo from Tidal artwork to artwork from his album, My Beautiful Dark Twisted Fantasy. Perhaps, Kanye has done so to generate a false flag of publicity for Tidal, seeing as he was planning on releasing his upcoming album So Help Me God exclusively on the service.

Also, in an interview with Paper Mag, Kanye defended himself and his fellow high-profile musicians from accusations that they are part of the Illuminati. So there’s that.