Stone and her band previewed singles from her upcoming solo album, Sixty Summers, in a live-streamed set that included a gorgeous cover of The Nationals’ Bloodbuzz Ohio.

Performing the four singles that have already been released in anticipation of her album; Dance, Unreal, Break, and We All Have, Stone fills the corners of a historical prison with her ethereal indie-folk in a live-stream aiming to raise funds for the Australian music industry crisis relief organisation, Support Act.

Known for her collaboration with brother Angus Stone – who himself performs solo material under the moniker Dope Lemon – Julia Stone’s Sixty Summers will be the Sydney-based songwriter’s first solo album since the 2012’s By the Horns. And one becomes... four? Melbourne's Changelings are bringing an intriguing new flavour to dream pop 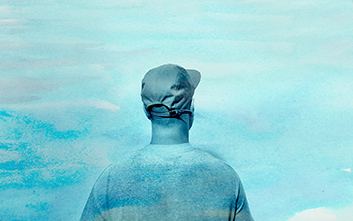 PREMIERE: More garage than a mechanic's nirvana, FETES tinkers with our feels on Seasonal