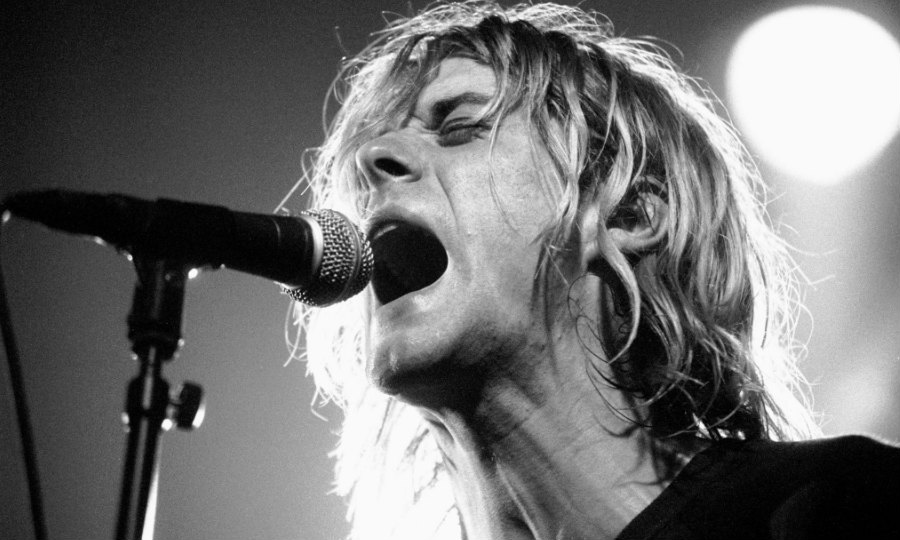 In the good old days if you wanted to hear the isolated vocals of your favourite singer your only chance was to book a studio and access the master tapes on a high-quality mixing desk. These days, the internet is littered with vocal-only takes of rock classics and some of them are downright stunning.

Each track offers new and invaluable perspectives on famous singers and exactly what made them so great. No bells or whistles. No layers. This is bare, stark naked talent in all its pornographic glory. Find out what made these six legendary singers so great. From Nirvana to Queen these are the most amazing isolated vocals in the world.

In truth, you don’t need isolated vocals to know that Robert Plant is a one-of-a-kind vocalist. Barely 19, Plant’s voice is oozing, exuding, and just flat-out, reeking of volatile sexual power.

It’s raw and natural too. You can hear Plant tapping along in the background and laughing at the beginning. It’s not overproduced or polished, this puts you right in the booth with him. From the moaning vocal ejaculations of the freak-out to the comical cry of “Timber” at 2:47, this is a phenomenal expression of vocal power.

It’s no secret that Kurt Cobain was a man teeming with emotional rage. But this isolated vocal cut makes Cobain’s vocals sound like a combination of both heaven and hell.

The magic of isolated vocals is that they give you a new perspective on old tunes, and few tunes have been more overplayed than Nirvana’s breakthrough track, Smells Like Teen Spirit. This new interpretation brings on the goosebumps anew, as well as a newfound respect for Kurt Cobain’s individuality, pitch, sensitivity, and vocal professionalism.

In 1986, James Hetfield was looking to conclude his singing duties for Metallica. Despite this, the 22-year old’s voice was maturing beyond the coarse yelp of the bands early days.

There’s still a bunch of untempered aggression and street attitude in his youthful pipes, but here Hetfield appears more commanding and perfectly scornful. It’s hard to believe anyone being able to sing this good and thinking of giving it up.

Ian Gillan was Deep Purple’s fresh meat in 1970 and he had something to prove. His first major contribution to the band was Child In Time and it’s essentially a masterclass in impressing new bandmates.

From the almost weeping hush of his opening tones to the deep lungfuls between each banshee wail, this marks a master vocalist in action.

It’s common knowledge that Freddie Mercury was a downright godlike singer, and Bohemian Rhapsody is his magnum opus. Though no matter how many times you’ve heard Queen’s everpresent epic, Freddie Mercury’s vocals will never fail to blow you away.

Perhaps more than any other artist, Freddie Mercury has seen a huge spike in popularity in the past two years. Queen is touring again with Adam Lambert at the helm, and Bryan Singer’s Bohemian Rhapsody biopic brought in a whopping $900 million at the box office.

And when you hear that gloriously golden five-octave range, you know why. Long live Freddie Mercury.

The Beatles – Don’t Let Me Down

The instant Beatles classic was a show stopper at their last ever performance upon the Apple Rooftop in 1970. Detailing Lennon’s immense love for Yoko Ono, the melody is so instantly recognisable and bittersweet it can only be the work of The Beatles.

With the tortured wails of John Lennon showing off the full extent of his range and Paul McCartney’s swooning harmonies melting John’s grit like honey, this is a perfect example of the honesty, simplicity, and emotional purity that made The Beatles one of a kind.

The song opens with a whisper. Haunting vocals confound the imagination and inject a certain sense of desperation for what will happen next. This is the first thing we’ve heard of The Rolling Stones since the death of founder Brian Jones and they are back with a vengeance. Gimme Shelter is The Rolling Stones’ finest work and Merry Clayton steals the show.

Every note is brutal in its purpose and you can feel the urgency from the get-go. Mick Jagger’s palpable pain is rippling through every chorus, ‘War, children, it’s just a shot away.’ Merry Clayton’s chilling backing vocals crack on words like ‘rape’ and ‘murder’ revealing the danger that is close at hand.

“Merry Clayton who did the backing vocals, was a background singer who was known to one of the producers,” recalls Mick Jagger. “Suddenly, we wanted someone to sing in the middle of the night. And she was around. She came with her curlers in, straight from bed, and had to sing this really odd lyric. For her it was a little odd – for anyone, in the middle of the night, to sing this one verse I would have been odd. She was great.”

Merry cut one take like butter, then decided to “blow them out of this room” on the next one. Showing off her iron lungs, Clayton delivered a chilling wail an octave higher, with her voice cracking on “murder.”

This can be heard at about the 3:04 mark with an impressed Mick Jagger in the background exclaiming “Whoo!” To this day it’s still one of the most moving moments ever recorded. Bold and brimming with soul, Izzy Losi & The Auracles prove they're the real deal on The Only Constant Is Change