Or “Man who has never touched weed in his life now partly responsible for the drug’s legislation”.

Jeff Sessions, the new Attorney General of the USA, has declared his unsurprisingly harsh stance on cannabis use in the country. At a time when America is moving forward with the force of a locomotive towards proper weed legislation, it’s amazing that government officials can still get away with blatant misunderstanding like this. 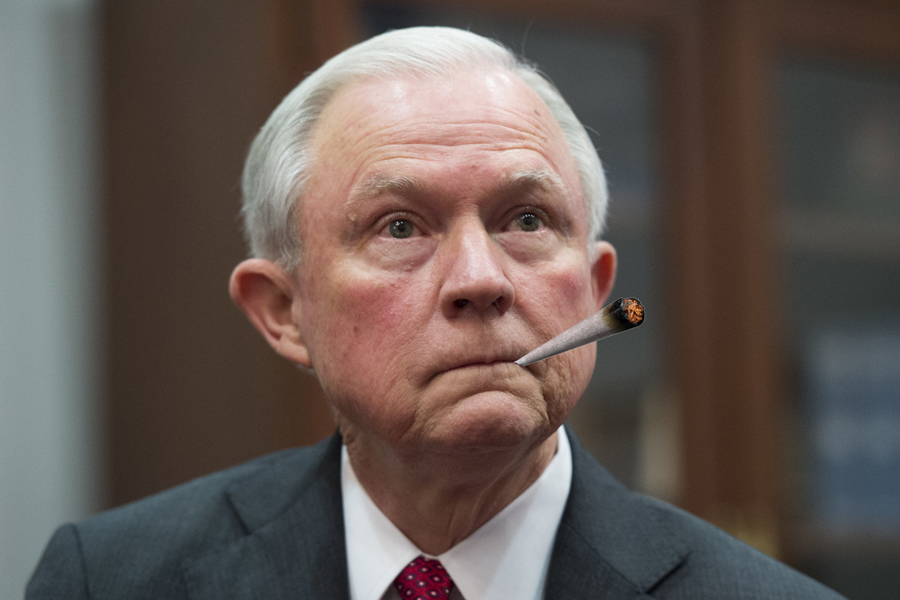 According to Jeff Sessions, the newly appointed Attorney General of the US, marijuana is a life-wrecking substance which is only a smidgeon better than heroin.

In prepared remarks to law enforcement, sessions have the following to say:

“I realize this may be an unfashionable belief in a time of growing tolerance of drug use. But too many lives are at stake to worry about being fashionable. I reject the idea that America will be a better place if marijuana is sold in every corner store.”

“I am astonished to hear people suggest that we can solve our heroin crisis by legalizing marijuana – so people can trade one life-wrecking dependency for another that’s only slightly less awful. Our nation needs to say clearly once again that using drugs will destroy your life.”

Currently in the US, 8 states have legalised medicinal and recreational marijuana, 23 states allow medicinal cannabis for treatment, and 14 states have taken steps to decriminalise the drug in some form.