When A&M records signed the Sex Pistols on March 10th 1977, they didn’t quite know what they were getting into. Six days later, 25,000 copies of God Save The Queen had been pressed, but the band had caused enough chaos in-house to prompt the label to destroy every copy.

Only nine copies of the album are known to have vinyl genocide, and one of them is going up for auction in London this weekend. A super rare pressing of the the Sex Pistols’ God Save The Queen is going up for auction in London this weekend.

These pressings often crop up on lists of the most valuable vinyl in the world, sitting amongst rarities like Elvis Presley’s earliest known acetate, and rare releases from The Quarrymen, and The Beatles. The last copy sold went for £13,000 (more than $20,000AUD).

Cashed-up Sex Pistols fans can bid on one copy of the God Save the Queen 7″ at the Music Mania fair in London this weekend. Find out more information about it here. 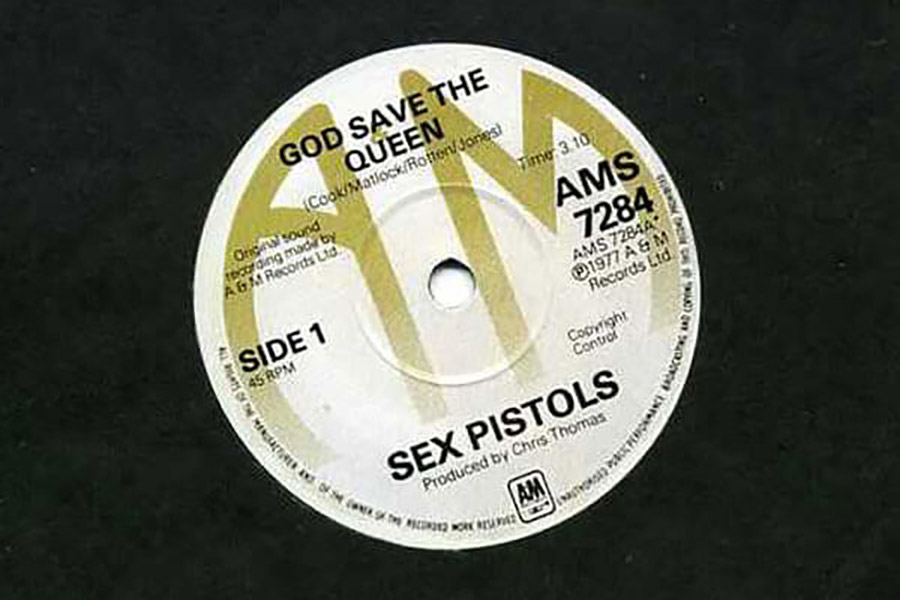