Shorlty after making their return with their new song Crashing and Burning pt II, Philadelphia Grand Jury have announced they will embark on a national tour. The band will tour all major capital cities (sorry Darwin) throughout the end of of October, with the band’s second album Summer of Doom pencilled in for October 2. Joining the Phully Jays on tour are Sydney four-piece High-tails.

Summer of Doom will follow on from their debut Hope Is For Hopers which was released in 2009. Things have been a bit shaky for the band since then with drummer Dan Williams leaving to play with Art Vs Science, and after a revolving door of drummers remaining members Joel Beeson and Simon Berckelman had a falling out. Following a reunion in 2013 and intimate tour last year the original line up are back, and you can check em out on the dates below. 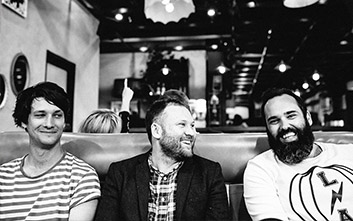