Reunions can be a tricky thing. You’re seeing people for the first time in yonks, and remembering their names is a task and a half. Not to mention that you’ve changed over the years as well. You’re older, your appearance has changed and so have your tastes. As you wander into the room full of people from your past you begin to wander if perhaps too much time has passed to be able to enjoy what you once did all those years ago. Philadelphia Grand Jury return to their hometown with a stellar gig. Chock full of old classics and new bangers, the Phily Jays brought the party to OAF.

That was feeling you got heading to the Oxford Art Factory on Saturday night. Philadelphia Grand Jury were making their triumphant comeback following their lengthy hiatus with sophomore album Summer of Doom, and tonight was the second date of the album tour. Maybe it’s a little strange to say there was an element of anxiety in the air before the show. Will Berkfinger still have his approachable charm? Will the band bring their brand of party charged indie rock to the OAF? Will I still remember the words to The Good News? The answer to the all the above was a resounding yes.

Arriving to the venue we find ourselves in the presence of High-tails, a Sydney four-piece who brought plenty of charisma and energy to the set with plenty of punters up front getting loose. Information and Bending Over Backwards went down quite well. The band treated the crowd to a brand new song as well (which may have been produced by Berkfinger, I don’t remember the details due to the lovely effects of alcohol). Regardless it sounded pretty good and the band were in form. If you haven’t already be sure to check these boys out, they are definitely one of the most promising young bands to come out of Sydney.

After a quick intermission the curtain parted and the crowd went nuts for the appearance of Berkfinger, MC Bad Genius and D W Sweat. This was their first big headline tour since their sneaky reunion gigs they played last year, so the pressure was on to prove that they hadn’t lost touch. Suffice to say the Philly Jays owned the stage from the get-go, pumping out the new hits from Summer of Doom and old favourites from Hope is for Hopers. Tracks like I Don’t Want To Party, Going to the Casino and of course, The Good News went off. The OAF had become a time machine, the summer of 2009 was back and fuck it was good to go back.

Meanwhile the new bangers off Summer of Doom went down pretty well too, lead single Crashing and Burning part II, Chris is in a Jam and Your Job is a Waste of Time mixed well with the old Philly Jays stuff to make a well-rounded set. In terms of presence the band proved why they  are one of the best live bands to see in the flesh. Dan W Sweat goofily bopped behind his kit while MC Bad Genius towered with intensity (the man is a complete sweetheart in person). Berkfinger held the crowd in his hand. Even without saying much between tracks there was a genuine feeling of old mates catching up and having a boogie.

While the front man didn’t do much in the way of chatting, he did have a recording of himself play between tracks. It was a little strange hearing this dismembered voice speaking to the crowd, but it fits in with the standard Philly Jays vibe of not taking anything too seriously. As the band geared up for the final few songs of the night Berkfinger moved off stage and into the crowd for a blistering cover of Jay Z’s 99 Problems, though to say it’s a cover is a disservice to the band. That song is theirs, and punters went mental the second they launched into it. Finishing off with fan favourite Save Our Town, the band left with a very clear message; the Philly Jays are back and they’re just as good as you remember. 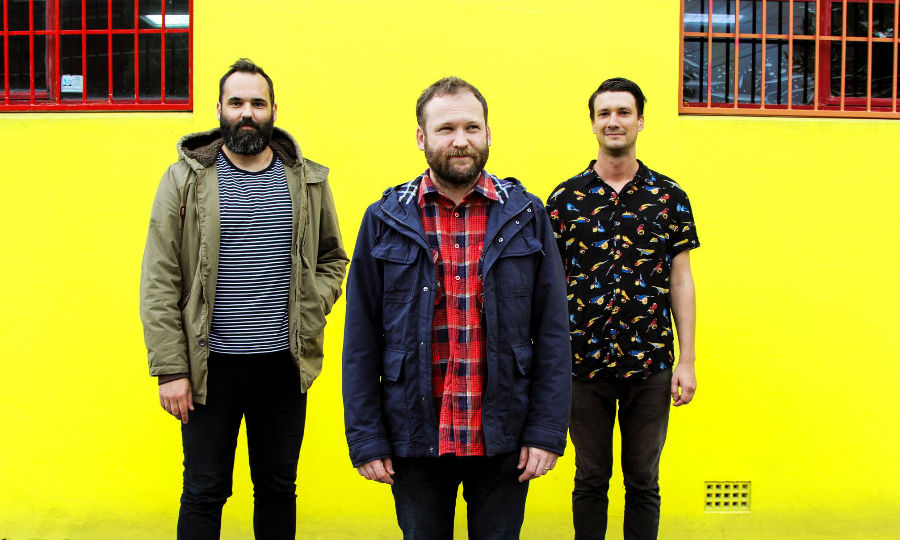