Rockets is the latest blaring triumph from Berlin-based rock foursome PICTURES. It signals a band revelling in their most ambitious stage.

Established indie-rockers PICTURES are capable of several musical expressions. They’ve proven worthy of the soft piano burner, unpretentious rock, and yes, the fist-pumping anthem. For their latest record, the band have gravitated to a rawer, colder sound, pushing the limits of their power to the absolute brink. And what a voracious treat it’s turned out to be.

That’s why they want you to listen to the latest single Rockets “nice and loud”. Probably best to knob turned up for the whole future record, to be honest. 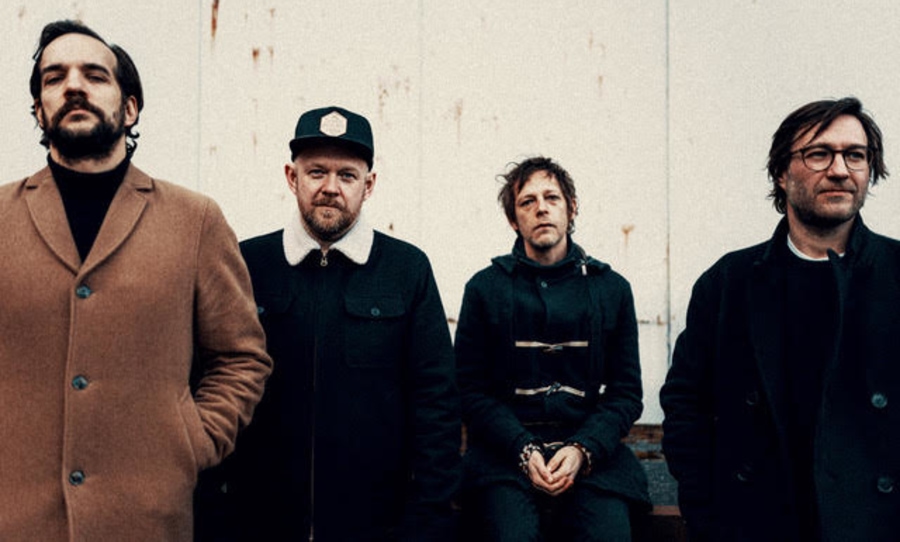 Then, the fold strips back to reveal Maze’s ravaged yet beautifully clear vocals. “There are rockets on the ceiling” he lingers on the particularly vivid image, knowing it’s a keeper. While the lyrics were solid from the get-go, the mammoth-rock sound of the single developed seemingly out of nowhere.

“Rockets was meant to be a quiet piano song. I have no idea how it has become this guitar monster of a track”, Maze reveals.

For the music video, PICTURES rock out in front a cosmic backdrop, matching the dreamlike quality of the lyricism. It’s adamantly clear that the band are enjoying their conquest of this newfound, powerful sound.

We can’t wait to hear what else is in store when they drop the record early next year.

In the meantime, listen to Rockets below: