For a band that’s been together for less than a year, Paper Thin will have a lot to celebrate when their first birthday rolls around in the coming weeks.

Today the emo-punk outfit are releasing Scared of Flying, the first new single since their debut self-titled EP from Lost Boy Records.

The unvarnished sound of the angst-rock foursome from Newcastle captures how fresh Paper Thin is. But it’s the experience of the members (all touring veterans from bands like Adeline Pines and Crystal Cove) that shines through, in both the polish of the single’s structure and in their performative style. 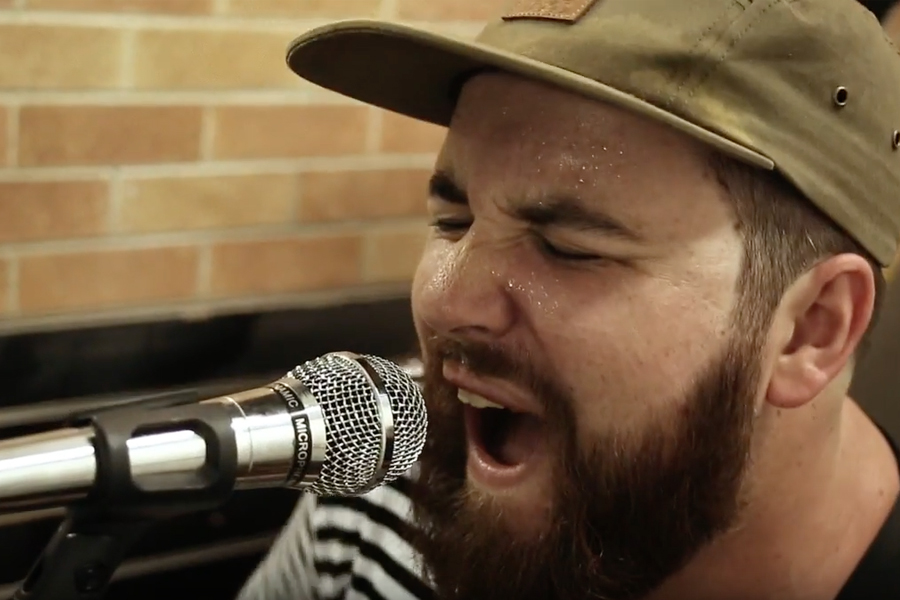 Lined with sweat and angsty abandon, Paper Thin are so close you can reach out and touch them in their new clip Scared of Flying.

On first listen you’ll be reminded of your own panting breath after a run; generally smooth and brisk, with some interesting little jagged catches on the sides.

It’s a hard line to walk in emo, expressing intensity of feeling without jumping off the deep end into self-parody. What works in Scared of Flying is the unmistakable Aussieness, which comes across not just in the sound, but in the outfit’s persona.

Rather than going The Smith Street Band route and leaning into reflexive deprecation, Paper Thin differentiate themselves from their predecessors. Importantly they don’t seem to shy away from earnestness.

The lead single’s video, shot in a bare garage in the midst of a heat wave, has an unpolished honesty to it. The beads of sweat are apparent on the musicians’ foreheads; when guitarist Aiden Roe opens his mouth to intone the song’s eponymous line, one almost catches a glimpse of his tonsils.

It’s the kind of raw, laying bear of oneself that makes Scared of Flying a single listeners can connect to on a primal level: we are up close and personal with the band.

The emotion is offset by the rhythmic precision of Liam Tobin, formerly of Jen Buxton and the Slaughterhouse Five. Listeners can tell that below the soul-searching lyrics the drummer is having fun with what he does, and it’s a pleasure to listen to the comparative gentleness with which his sticks lick the cymbals. The light and dark of his drumming gives the music a warm undertone and some welcome frilliness to the single’s transitions.

These accomplished embellishments paired with untainted vocals give the impression that Paper Thin are just as gritty and moving live as on their recordings. You catch them on the road this autumn as they play several shows in support of fellow emo-rockers Ceres.