Melbourne-based outfit Paper House have hit us with their debut record A Certain Kind of Now and we likey. The known genre-blenders have taken their unpinnable style to the next level with this offering, finding a sturdy middle ground between pop, punk and silky electronica.

The 10-track L.P is an easy-listening delight, ripe with cruisy, laid-back tunes which you’ll be flogging all Summer long. 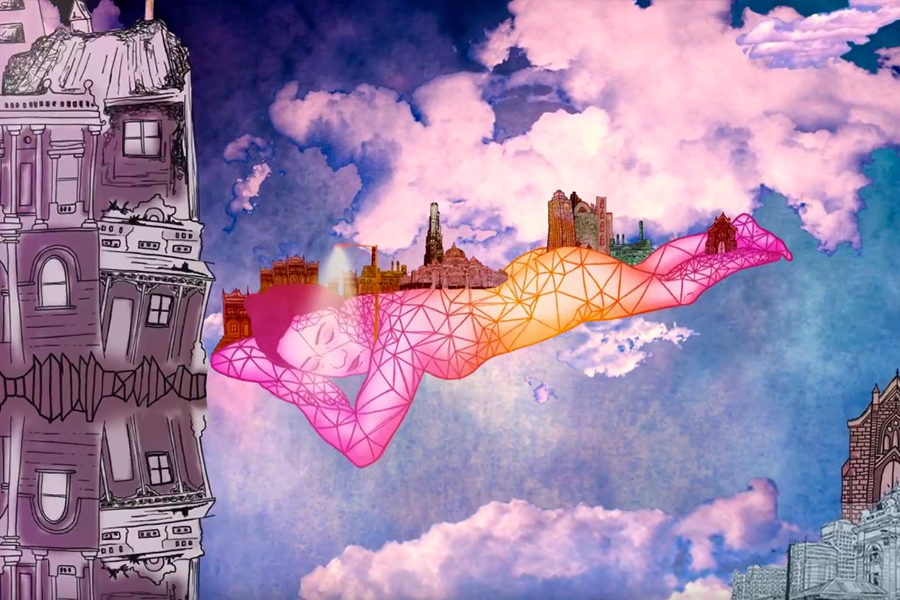 Seamlessly slipping into different styles faster than a change of clothes, Paper House are ticking all the boxes on A Certain Kind of Now.

The record opens with Rolling Tide which sets the pace for what’s to come. A slow-burner with smooth lifting melodies which roll into an extended, slightly static, punk-rock style riffs.

As the record progresses, different elements of the band’s repertoire take turns sharing the forefront of the mix. From the soft and sweet lyrics, the assured backing instrumentals and the mellow vocals, each track champions another facet of the group’s musical skill set.

Stepping Fox is smack bang in the middle of the record, and it’s a true stand-out. Emily Siddon’s velvety-smooth voice floats atop a combination of strings and lightly plucked guitar, making comparisons to legendary Aussie songstresses like Sarah Blasko and Lisa Mitchell easy to draw.

The tempo of the record is immediately thrust back into life with Brighter Now, followed up with Sweet Release, a single which was released a little earlier this year along with an epic visual accompaniment.

The clip for Sweet Release is a stunning, dream-like animation which brings to life the mystique of Melbourne, with the colours and patterns blending together for a truly hypnotic four-minute experience.

The album rounds out beautifully with Unburdened. The simple backing guitar, almost invisible synths and soothing vocals melt together into a slightly haunting sound. Relaxing, melancholic – a total adult lullaby.

The record as a whole sees soft synths and stunning vocals right at home side-by-side with scratchy 90’s punk electric guitar, airtight drumming… and why not chuck in a coupla cellos while we’re at it? With a live presence which has been accurately described as “offering you candy and then pushing you in the dirt”, we eagerly await their next Australian tour!

Paper House’s A Certain Kind of Now is available from iTunes now, and you can catch them at the Grace Darling in Melbourne on Saturday the 19th of November alongside Georgia Fields and Tulalah with visuals by Freya Pitt. Doors are at 8pm. Paper House's Rolling Tide is a wave of dark beauty