San Joseph’s Everything In The Room takes you back to a place you spent months trying to forget. Opening the floorboards, he uncovers a pool of emotion.

First things first, don’t let the ‘acoustic pop’ label create any preconceived notions of San Joseph. The emerging artist is far from orthodox, with his imaginative lyricism only playing second fiddle to the immersive soundscapes underneath.

His sophomore single, Everything In The Room, pairs unflinching realism with surreal emotions, all under the spell of a melodic hook. Alongside a music video that “mirrored the complexity of feelings the song spans”, the artist may just have a classic on his hands. First off, Joseph hooks you in by painting a vivid picture of the past – a picture that screams of lived truths. The “TV talks”, a “candle wastes its wax”, and a “windowsill burns slowly”. This is a brimming example of ‘show, don’t tell’ that unlocks all those lost memories we’ve tucked away. The gentle tenor definitely helps.

A fingerpicked guitar melts along with some strings, a percussive backbeat, and some reverse-cymbal production magic – for added tension of course. Then, the cathartic release reveals itself in a soft, haunting chorus: “‘Everything In The Room knows I’m thinking of you.”

Throughout the track, instrumentation builds and drops away as the feverish emotions ebb and flow. There’s a goosebump-inducing vocoder moment to look out for as well.

For the music video, Joseph teamed up with creative ROME (Benee, Mallrat) to great avail. “I did not create a strict narrative for the video myself”, the director comments. “I used my vision of the song to create a canvas through which Joey could tell his story, and express his emotions physically, via his performance”.

This physical expression shows itself through some bathtub crooning, dancing at a rocky beach, and playing guitar within a plastic-covered house. There’s this visualised conflict of wanting to stay and needing to move on.

For anyone with a heart and two ears, watch out. San Joseph makes a lasting impression.

Everything In The Room is out now via Island Records. Stream or buy the single here. 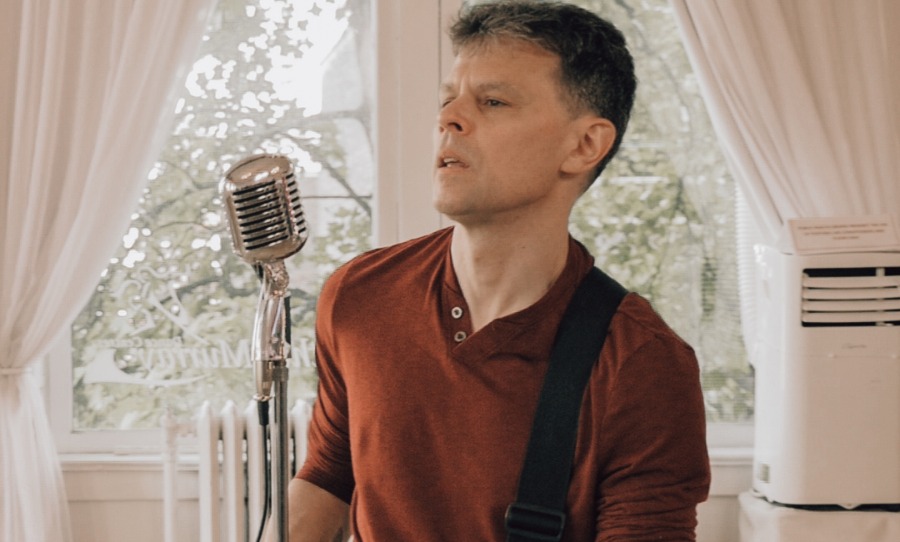