Sir David Attenborough made a surprise appearance on the final day of Glastonbury to thank the festival-goers for cutting their plastic use.

The nature lover and doco legend took to the pyramid stage shortly before Kylie Minogue’s set and previewed some of his new TV series Seven Worlds, One Planet, which is due to air on BBC later this year. Sir David Attenborough rocked up on the Pyramid stage at Glastonbury on Sunday to thank the festival for going plastic-free and to announce his new television series.

If you’re imagining where 93-year-old David Attenborough might be on a Sunday afternoon, Glastonbury probs wouldn’t be on that list. But that’s exactly what he did on the weekend when he became one of the oldest people to speak on the Pyramid stage at the festival. The naturalist and broadcaster praised the mega-festival for going plastic-free, stating that his series Blue Planet II, which focused on plastic pollution in the ocean, had had an extraordinary effect.

Attenborough told the crowd “Now this great festival has gone plastic free. That is more than a million bottles of water have not been drunk by you in plastic. Thank you! Thank you!”

“We have been making, for the last four years, a series about those things, about those seven very different continents. It starts later on this year. It’s called Seven Worlds, One Planet.

“Here are a few glimpses of what awaits you in the next few months.”

Attenborough then played a trailer for the new series, featuring a new track Out There, from Aussie singer Sia, and film composer Hans Zimmer. Check out the trailer below. 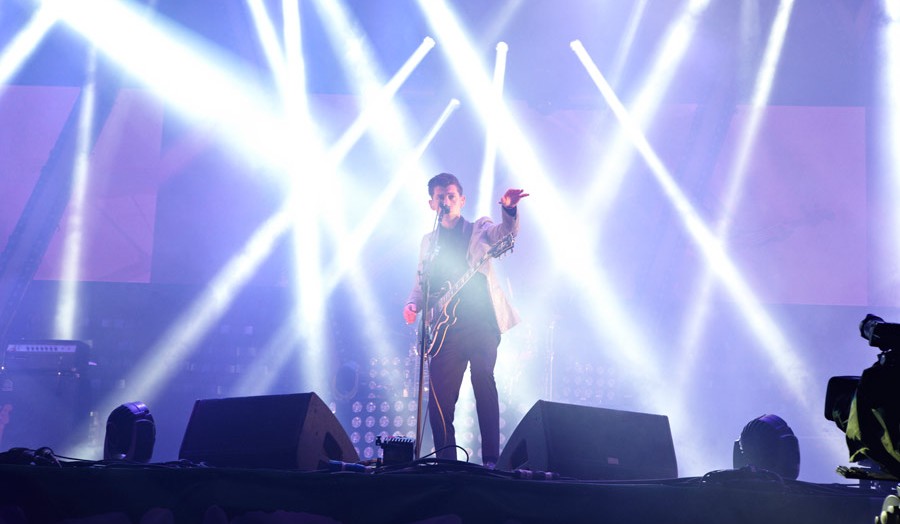 100 hours of Netflix documentaries now free to watch on YouTube