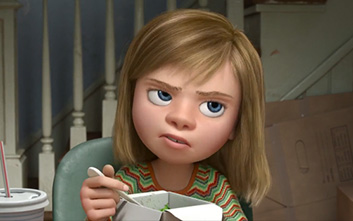 Obvious SPOILER warning for the plot of Inside Out

We can all agree that Inside Out was one of the best animated, nay, just one of the best movies released in 2015. Pixar were back on the top of their game as we followed Joy, Sadness, Fear, Disgust and Anger as they piloted a young girl’s emotions and we all learned it’s okay to cry sometimes. But can you imagine the movie without those five emotions? One person has, and you can check out the brand new short film below.

Cut together by Reddit user kinkosmyers, Inside Out: Outside Edition follows Riley’s journey in San Fransisco without the tiny characters having their own adventure in her mind, which gives the whole thing a new dynamic, but it’s still touching all the same.

This story was first seen on BuzzFeed