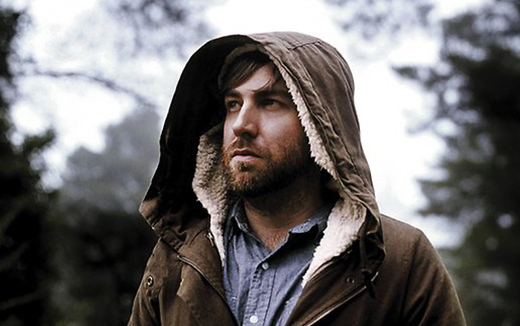 Whilst searching for a new tattoo design, the charming indie-folk crooner Josh Pyke stumbled across an artwork of the perpetual motion machine.* Fascinated by mankind’s desire to be everlasting, Pyke drew inspiration from the machine’s move-forward-and-sustain mechanisms. On But For All These Shrinking Hearts, he brilliantly acknowledges that creativity is a machine of perpetual motion and thematically explores his relationship with creativity, change and development. We can imagine his mantle piece is starting to get a little crammed with ARIA, APRA, Gold Records and triple J Hottest 100 awards sitting squished together above the fire, only to become more overcrowded with the new album’s release. The signature Josh Pyke sound that has been our companion over the years still has the ability to tug at our heartstrings on But For All These Shrinking Hearts.

After the long months of teasing lyrics and studio snippets on social media, Josh Pyke has finally released his fifth studio album. Brewed out of Pyke’s infamous tin shed backyard studio with producer John Castle (Megan Washington, Vance Joy), the album beams with organic composition only obtained with complete creative freedom and time. Recently signed to his manager’s (Gregg Donovon) label Wonderlick, Pyke’s own sense of self and fervour for writing from the heart seems stimulted. The album is debuting comfortably at number one on the ARIA Australian artist charts and number two on the overall charts, having the highest debut of all of his five albums.

Proving he’s quite the lyrical intellect, the songs on the album encompass a sunny exterior but beneath the surface is where a lot is going on. Beginning with The Book of Revelation, a slow-burner that uses haunting harmonies, synths and layered guitars, Pyke’s soothing voice flows over the soft percussion and droning bass to create a complex but catchy opening track. His signature guitar rhythms are still there but he has used new methods to demonstrate his eagerness in sustaining creativity. In the formation of Songlines and Momentary Glow, Pyke uses Jeff Tweedy’s well-known “gibberish” technique that he is so famous for.

Stand out single Hollering Hearts and its accompanying lyric video allow his folk roots to shine as the ukulele-driven track bounces cheerfully to lighten the mood of the melancholic album. Collaboration has weaved its way into the new album with the likes of Dustin Tebbut and Marcus Azon (Jinja Safari) lending a helping hand crafting some of the songs on there.

Cracking the fifth album mark, Pyke demonstrates that the polished progression in his music making hasn’t strayed far from his signature sound, but rather, there is a new found maturity that emerges from the 37 year old on But For All These Shrinking Hearts. He has recently crossed over from the realm of triple J to the realm of double J, a sign that although he has been around for more than 10 years, he has no intentions of slowing down, and people are definitely still listening.

Pyke has christened the album already with his well-known intimate “Fans First” gigs around the country, but if you missed out your chance to see him, he is thankfully circuiting some festivals with plans for an album tour soon.

*He has decided, after all the researching, to get a rope making machine instead for a tattoo.