Thom Lion is one of those classic heartbreakers. He’s at his most powerful perched at a piano and his voice is one that exudes such a breadth of emotion that it crawls past your ears, tugs at your throat and curls around your heartstrings.

The subject matter of his songs deal with inner-demons and provocateurs, fictitious characters and powerful symbols: the kind of themes that have universal sentiment.

It’s a combination of all these factors that makes him such an entrancing artist, and that makes his new EP Sleep Riots such a joy to listen to. Thom Lion is a classic heartbreaker and his new EP Sleep Riots is a hair-raising listen from start to finish.

To record Sleep Riots, Lion retreated to The Shed Studios in Melbourne for a week with legendary producer John Castle, whose back catalogue fits the archetype of Lion’s artistic style so perfectly well having previously worked with artists like Josh Pyke and Vance Joy.

It’s a pretty standard process for a talented young musician like Thom Lion: find a fitting producer, hunker down in a studio for a week and smash out an EP. What’s interesting though is that this isn’t exactly the way it happened for Sleep Riots.

After the initial tracking with Castle, Lion took the mixes home and sat on them, ultimately deciding to scrap them entirely and re-record them alone, at home, in his bedroom. From the outset, this is what makes Sleep Riots such a special record: the vocals are unyielding in their hair-raising tenacity.

Tracks like November and So Sorry are power ballads driven almost entirely by Lion’s voice and it’s unique way of crafting stories. The production on the record is undeniably clever – the instrumentation sits neatly beneath the vocals, acting as a springboard for Lion to perform emotional arabesques from. And it’s hard not the be completely entranced by it.

Fire Escape and Mess At Best present the few moments on the record where piano melodies take the foreground, but it doesn’t take long for Lion’s vocals to take command.

This dynamic is never off balance though. On Mess At Best the curling piano line is kind of like this looping spell that imparts a sort of rhythmic bed for the story that Lion is telling to unfold upon.

Credit has to be given to Castle for the masterful subtly in the way he uses synths and restrains the guitars throughout the five tracks.

The drums and piano play such an integral part in establishing rhythm and melody, whereas synth lines and metallic guitar strums serve to add a sort of choral sheen to the mix, intermingling with Lion’s own backing vocals and ghostly whispers whose origin you sometimes can’t put your finger on. It’s this counterbalance of power and pensiveness that squeezes so much emotion from each track.

Sleep Riots is a such poignant title for this record. There are dreamy elements scattered everywhere, but they are kicked about and pounded by fiery emotional projectiles so that nothing is ever quite static. And much like after a restless nap, you emerge afterwards questioning your life and where the hell the last 30 minutes of your life had gone. 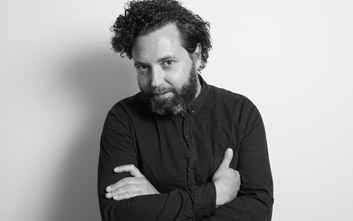