Funk will never die. Why? Because the feeling we get when a crunchy-tight fill drops us into some sexy bass slappage and a voice drenched in sass and pure attitude is something so undeniably raw and pleasurable that it surpasses the constraints of mortality. Funk will never die. Because within our 21st century boiling pot of musical expression, there is a steady stream of passionate innovation being poured into the mix by a select collection of individuals and groups that care not for a predetermined status quo in music, seeking only to ignite the fire of funk with more fuel. Keep groovin’, keep shakin’ the funk is alive and well in these 7 Aussie bands with their dirty bass, knee slapping guitars and sex drenched lyricism.

To sate your appetite for something that’s gonna make your body groove, here’s a list of 8 Aussie groups of diverse flavours and origins that continue the legacy of funk and are paving the way towards an ever-evolving modern funk sound.

Kick-starting our juicy collection is Melbourne ten-piece Sex on Toast (you read that right), whose titillating grooves have won the hearts of many a pleasure-seeker and helped build their reputation as an irresistible groove cohort who you can’t afford to miss.

Boasting a heavily 80’s influenced sound and image, Sex on Toast ignites the dancing spirit of listeners with tight, crisp horn interjections, dripping, melodious basslines, tasteful percussive creativity, piano lines drenched in honey and an unrelenting stream of on-stage sass and style. Their songs pays tribute to the legacy of an unforgettable era while pushing the envelope of what funk can be in an ever-expanding spectrum of modern music.

Having blessed the stages of various acclaimed festivals including the Melbourne International Jazz Festival and the Woodford Folk Festivals, Sex on Toast continue to spread themselves generously with a steady stream of performance following their “Ready” EP Launch tour, so if you’re a lover of lovin’ keep your eyes peeled and don your dancing shoes for an ear-gasmic immersion of top-tier performance.

Sydney born five-piece Bin Juice are an act you can’t afford to miss, seriously. Having ignited stages in countless venues across Sydney and Newcastle for the last 6 years, Bin Juice have built themselves up a devoted following who can’t help but get wild to the infectious energy that radiates through their music.

Unstoppable momentum is forced by complex kit-work and punching bass, allowing sax and lead guitar to soar with a plethora of demanding lines that boast a flexibility in tone and style. The band’s true prowess, however, comes from their ridiculous synchronicity. Plunging deep into trance-like grooves that seem irreversibly immersive before a seamlessly tight fill brings them flawlessly into a new section that dons a completely contrasting coat of metre and feel, complete with characterizing Bin Juice story-telling lyrics.

Catch these wild larrikins on the 20th of this month at the Red Rattler Theatre in Marrickville and come prepared for a sweaty rampage combo of slow spacey jives with interjections of head-bashing funk madness.

Gideon Bensen, former guitarist of The Preatures, is one to keep your eyes and ears out for. Having kick-started his solo career this year with the release of his debut EP Cold Cold Heart, Bensen is already turning heads with his innovative creativity and crunchy fusion grooves.

Bensen combines a multitude of elements from genres spanning decades to birth a child with its own uniquely distinguishing features. His wild, controlled and oh-so-sexy voice soars seamlessly through a river thick with experimental synth tones, crisp guitar lines and steady pulsing rhythm, all brought to the fore and augmented by carefully planned automation and mixing. The resulting product is one that sets you on a boogie train that rolls steadily with a constant stream of timbral contrast that’s kicks mundane clear out of the carriage.

Bensen really pushes the boundaries of modern funk sounds with his integration of electronic post-production with raw musical passion and style and is an act that you’ll kick yourself for missing. You can catch Bensen at the Visions Festival in Chippendale on Saturday the 4th of June alongside other Aussie heroes.

A sexual explosion of hard-hitting yet intimately close funky tones are what you can expect from Sydney 6-piece Thunder Fox. Having been relentlessly tearing down the stages of venues across greater Sydney region, Thunder Fox has steadily developed a following who are attracted to their unique sounds and live sass.

Pulling influence from funk, Zepplin-esque rock, hip-hop and general psychedelic mania, Thunder Fox’s material is diversely unpredictable in its nature and performance and keeps audiences itching to hear what’s coming next. Catchy vocal licks melt over dirty basslines and tight kit-work while a trumpet/sax duo lays down in-sync flavour. Guitars swap between pockets of breakneck shredding and melodious exploration and occasional verses of rap-fire are spat in amongst the contagious stage presence of a group that’s never afraid to cut loose with a face-melting solo.

Thunder Fox showcase how a band can pool influence from so many corners to mould a sound that is uniquely their own while emanating a personally intimate connection with audience during live performances. Don’t miss Thunder Fox as they drop a brand new music video in conjunction with their recent EP Don’t Forget The Cherries. The crew will be celebrating the release in style with a gig at the The Oxford Circus on the 4th of July.

Another Sydney 10-piece graces the next spot on our funk list. Dripping wet with bootylicious sounds of afro-funk, reggae-dub and Rock’n’Soul, Lyre Byrdland grace the Sydney region with regular bouts of shows and draw a solid crowd who are inextricably attracted to a group who’s musical prowess shines through their ability to make even the most rigid dancers cut loose with swingin’ hips and boppin’ knees.

Hard-grooving afro-esque drumming and auxiliary percussion (bongos baby!) coupled with melodiously pulsating weighty bass riffs build a sturdy floor of pulse and flava’. Atop this dances four horns – trumpet, bone, tenor and a dirty bari – who’s tones weave and spread within and without one and other, laying down hot fire before cooling the floor with soft and flowing jives that move with flow and sexy style. The smooth, clean tones of two guitars prance beside and around the horns, laying down reggae grooves or melody of their own.

As an instrumental collective, the group often breaks into a steady pulsing section where solos are thrown left right n centre, drawing unheard tastes from the mouths and fingers of each individual member with their personalised style and input.

Catch Lyre Byrdland this weekend as they head south from Sydney to Bermagui and Moruya on Friday/Saturday night to lay down some beats that’ll make your feet shuffle irresistibly and your head bop uncontrollably.

Queuing up next is Winston Surfshirt. Dirty hip hop grooves pulse from every orifice of this 5-piece like there’s no tomorrow as their groove pulls huge crowds to their Sydney shows. Quickly becoming known as a forerunner in developing a sound unique to themselves and the region, you can expect to be dropping and bopping in time with countless other listeners who find themselves hypnotically entranced in a psychedelic flow of sweaty limbs.

Big kicks and deep rumbling bass owing to the duo of smooth bass guitar alongside a drum pad loaded with samples and hits of all flavours ground themselves deep with a steady metre that teeters on the edge of behind the beat, emanating a laid-back badass atmosphere across the floor. Over this speaks the subtle ferocity of impassioned trombone licks that breathe hot flames, heating to the point of burning before pulling back and allowing the fire to sink in. Steady keys establish tonality with tasteful guitar riffs affirming the laid-back aroma that emanates from the collective.

Topping it all off is the rolling flow of lyrical complexity, where verses of rhymes drop into sexually desirable sing-along chorus’s that enrapture audiences with warmth and thick textures. You’ll find Winston Surfshirt weaving their songs through the ears of a hypnotised audience this Sunday at The Lord Gladstone in Chippendale, go check them out if you know what’s good for you.

If you’ve never heard of GUM, you will soon. Taking the country by storm atop the shoulders of Tame Impala/Pond multi-instrumentalist Jay Watson, GUM boasts a massive sound that heavily utilises electronic instrumentation to propel the listener into a “funk-drenched hyper reality”.

Soaring synths project an insane amount of power over steady drum beats and grounding yet creative basslines, while smooth vocals laden with reverb fill out the mix in a psychedelic pool of noise. Once establishing the groove, vocals pair with a cohort of guitar licks and psychedelic-noise interjections that build and build before climaxing into sections that roar with raw synth power and force the body of listeners into a groove that follows the pulsations of the consistent weighty bass rhythm.

Post production plays a huge role in the creations of GUM, with complex processes arming each individual component with the arsenal it requires to achieve the desired sound. Following the release of 13 track album “Glamorous Damage”, GUM looks to greater heights. Keep your eyes peeled, because seeing GUM live will be an experience worth holding out for. 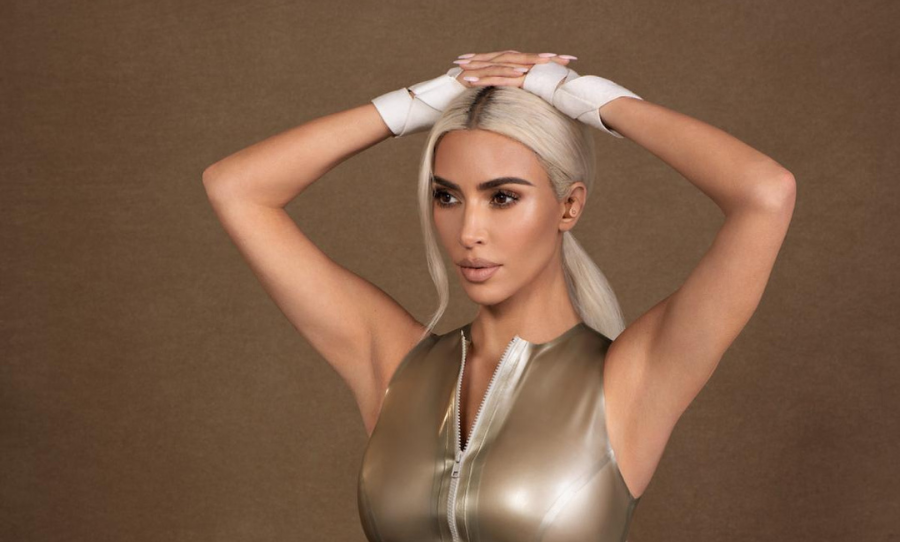