The Top-Down Quake mod has just been released, wasting no time in getting stuck into exactly what it’s here to do.

Modders have been a vital aspect of the gaming industry since Super Pac-Man was made as a physical hardware mod to the original Pac-Man game. It’s how a huge number of game developers start to navigate their way around the ridiculously complex world of code that games have become. Top-Down Quake is their latest offering.

Sometimes mods are raunchy, sometimes hilarious, but in this case we have a classic dose of joyous simplicity.

If you enjoyed Quake, and for a huge number of us I know it was the first foray into the multiplayer FPS, then you may enjoy the ability to go back and play it from an entirely new perspective. The Top-Down mod brings the camera up through the ceiling and beyond, letting you go back over levels with an added layer of difficulty.

It gave me deep joy to see just how much the character skates around as well. Part of Quake’s fun has always been that intense movement, and it’s incredible to see just how fleeting your relationship with the ground is.

Now, obviously, in a game designed for first-person, switching the viewpoint up will have some pretty drastic changes to the gameplay. But, luckily, a work-around has been coded in. You can hold the right mouse button to switch back into first person for any moments that you need to.

There’s full instructions on how to install the mod on github. It’ll take a little bit of tinkering, but is definitely worth it to give a classic some new life. 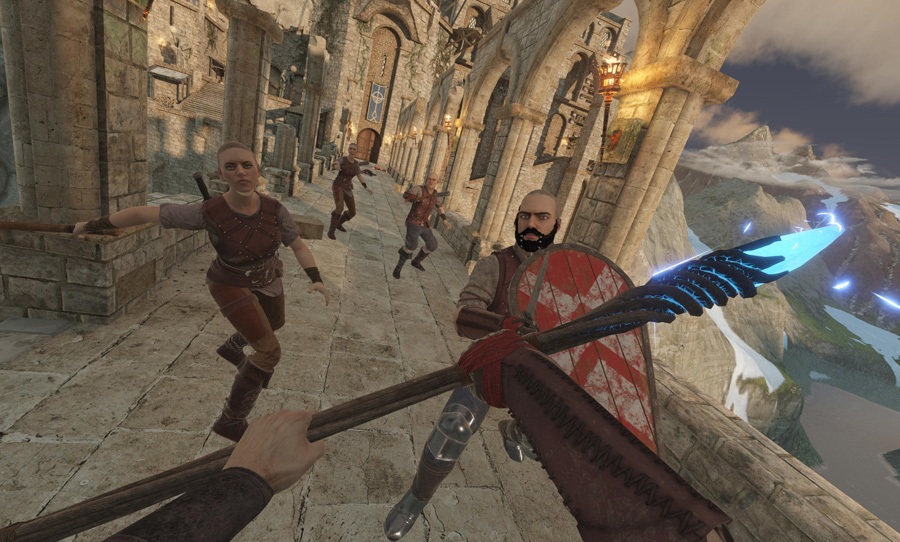