The Elder Scrolls IV: Oblivion may be 16 years old, but an active player base keeps the flame burning. Here are 16 of the best Oblivion mods that every PC player needs to have.

Oblivion is the fourth instalment in the hyper-popular Elder Scrolls series, following Morrowind and predating Skyrim. It was released initially in 2006 for PC and Xbox 360, then in 2007 for PlayStation 3; it was one of the generation’s most successful and dearly loved games. Despite its age and so many comparing Oblivion vs Skyrim retroactively, many people are playing the game today, and it’s mainly due to the vast amount of Oblivion mods on offer.

Any game that opens itself up so willingly to mods will get a little weird, for sure. However, once you push past the devious and the bizarre, there are a ton of mods that add value to the game in meaningful ways – lore-friendly or otherwise. From graphical updates to full-on overhauls of the game’s fundamental systems, there’s an Oblivion mod for that.

The best Oblivion mods are what keep players coming back, allowing for new playthroughs wherein the game feels almost entirely new, or you’re able to build a character, unlike anything you’ve played before. That’s why today, we’re listing some of our absolute favourites of all time.

For the sake of highlighting some more exciting options, we’re not including any Unofficial Patches, script extenders, or mod managers such as Wyre Bash or Oblivion Mod Manager in this list. If you’re modding Oblivion, you should simply be using these. Quarls Texture Pack III is the finest out of all the texture packs available in the Oblivion mods database. It updates a considerable amount of the game’s textures to be four times larger than the originals, bringing it much more in line with what modern PCs can handle.

Oblivion will feel sharper, newer, and much less two-dimensional with this texture pack. It covers everything for clothing, armour, weapons, creatures, NPCs, foliage, the sky, Kvatch, the Oblivion Arena, and the Oblivion realm – all of which are popular targets for other graphical packs.

Check it out on Oblivion Nexus here.

Oblivion’s famously awful character creation is definitely lacking, and this mod picks it up as far as the game’s engine will allow it to go. Combine it with a good enough Oblivion animation mod, and you’ll have a character that’s far easier on the eyes – and a little closer to reality.

The mod completely reworks character heads throughout the game, including all races – even Dremoras and Shivering Isles races. New hairstyles, eye textures, and more are included, made to look as in line with Skyrim and The Elder Scrolls Online as possible (unlike the great many anime-ish character overhauls you’ll find).

As this one’s quite a complex mod, make sure you read all instructions on the Oblivion Nexus page before installing it. Midas Magic adds over 300 new spells to the game, significantly building upon the base game’s magic system and getting significant props for style points. This Oblivion mod adds beam spells, projectiles, a ton of new Conjuration summons, and more.

Like the Skyrim Midas Magic mod, this add-on attempts to stay relatively lore-friendly and hopefully not too game-breaking. For the most potent spells the mod adds, you’ll even have to undertake short quests to prove you’re worthy.

Check out the mod here.

If you’ve been playing with Oblivion mods as long as some players have, there’s a good chance you’re utterly sick of the standard starting sequence. There are only so many times you can live through the Imperial Prison tutorial, after all.

Alternate Start Oblivion instead places you as captain of a ship arriving in Cyrodiil (either to the Imperial City or Anvil) and lets you choose from a range of character options similar to a classic RPG background generation. You can be a wealthy merchant, a priest, a skilled craftsman, and more, all feeding into the possessions you’ll receive upon starting the game.

One thing to note is that the mod doesn’t allow for many evil character options – thankfully, mod creator Robert_evrae has a lore-friendly explanation behind this decision. If you like Oblivion mods that institute a little chaos, this pocket of insanity will be right up your alley. The Oblivion Randomiser Project does what it says on the box, randomising as many elements of Oblivion as possible. Meet a high-level enemy in the tutorial! Find a useless steel sword after trawling through a challenging dungeon! It’s all a bit wacky, but that’s what’s so good about this mod.

The project is ongoing, and uploader aAaZzZ000oOo is still actively dropping comments updates into the Oblivion Nexus page. So far, “levelled lists and a small portion of NPC’s equipment and spells” have been randomised, but more is in the works.

Stay up to date here. Another mod Skyrim players may find somewhat familiar; Immersive Weapons adds an absolute trove of interesting new weaponry to the game. One of the must-have Oblivion mods, it pushes the weapon loot tables far past their usual homogeny, kitting out NPCs and your character alike with cutlasses, spears, mauls, and more.

Hundreds of weapons are added by this mod, even including off-hand variants for dual-wielding characters. The new weapons are balanced not to be too strong, and they’re fully integrated into merchant tables, on Oblivion enemies, and into the loot, you’ll find when exploring Cyrodiil. If you’re looking for pure bang for your buck, Unique Landscapes Oblivion is one of the best Oblivion mods out there. As the name suggests, it compiles 28 other mods that change up Cyrodiil’s landscapes in diverse and exciting ways.

Like the best mods, this is one you’ll hardly notice while playing; rather, you’ll stumble upon one of these unique locations naturally.

Find out more about the Unique Landscapes Compilation here. 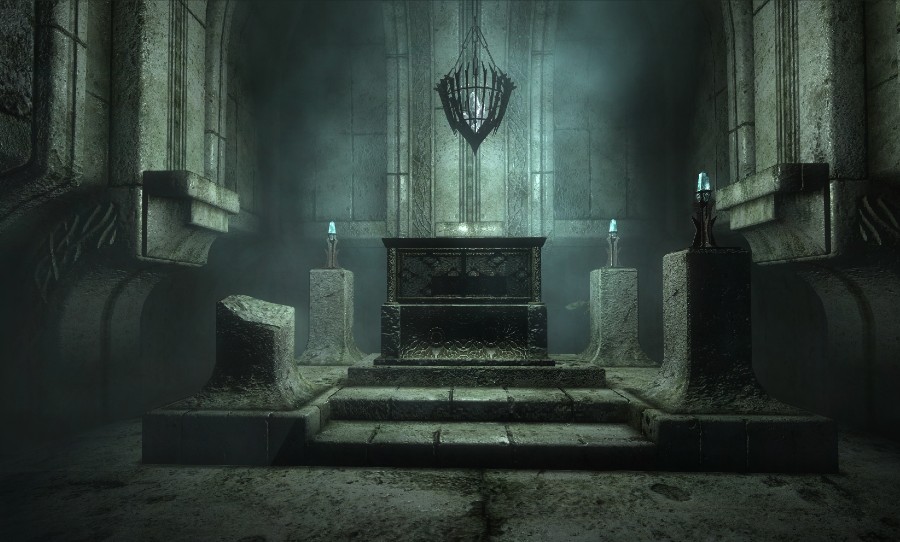 Another huge Oblivion mod, Better Dungeons, overhauls every cave in the game save for a few that modders can’t screw with due to quests. New features include updated lighting and set pieces, brand new puzzles and rewards, hidden treasures and more.

The scope of this mod is frankly enormous – authors Scot and WalkerInShadows have poured a ton of time and love into Better Dungeons, and it shows. Each changed dungeon has a few more layers than its base game counterpart, so look out for those secrets!

Enhanced Camera is a mod that forces the game into first-person play, meaning that any actions such as sitting or dying will be stuck in a first-person view. Yes, this can get a little janky, especially if you die in a wacky position or fall off something relatively high, but it adds a definite layer of immersion and something new to a playthrough.

And most importantly, if you look down, you can see your body. Amazing, isn’t it?

It’s worth mentioning the name alone, but Oblivion Scaling Unclusterfucked brings some much-needed sanity to the game’s scaling elements, such as enemy placement, weapon and armour numbers, and more.

Are you wondering why you never saw a goblin once you magically scaled past a certain level? Or maybe why your exceptionally hard-to-get sword has now been outclassed by something a bandit dropped? This mod generally fixes those out-of-place, immersion-breaking moments and makes the game’s toughest rewards actually worthwhile beyond your next few levels. 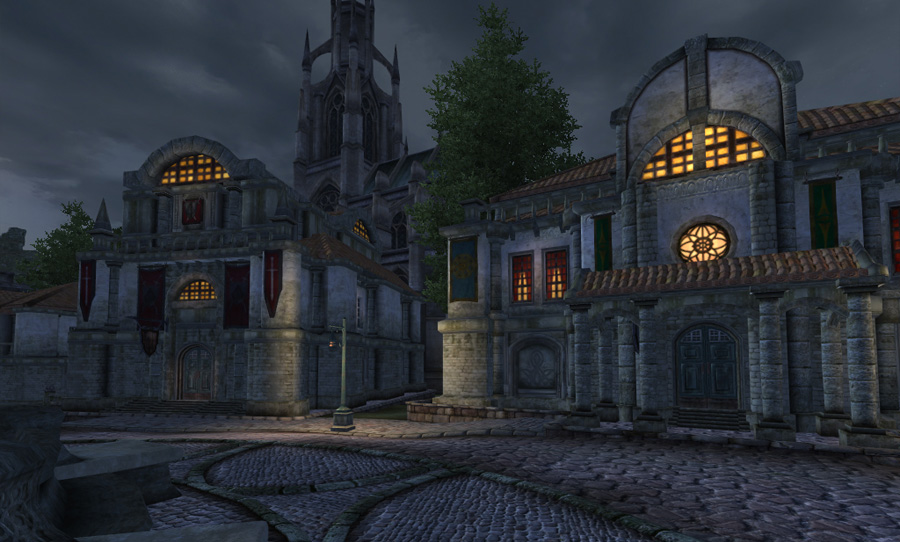 An excellent and straightforward immersion add-on, Illumination Within adds interior nighttime lighting to most of the buildings you encounter throughout Cyrodiil. When you think about it, all those city lights shouldn’t be off at night, should they?

Various scripts control the lighting of different buildings too, meaning that inns, where patrons are getting snuffed on ales all night long, will be lit differently from residential buildings or shops. A simple mod delivered effectively. One of the finer Oblivion mods for those of you who attune to the Thief Stone, Vaults of Cyrodiil adds a nigh-impossible vault to plunder in each of the main cities (Anvil, Bravil, Bruma, Cheydinhal, Chorrol, Leyawiin, and Skingrad), as well as two in Kvatch and the Imperial City Marketplace District.

As you should expect for vaults of such a high stature, they are designed to be very difficult to break into and should only be attempted by high-level players. Keys will be necessary, multiple guards patrol each location night and day, and you’ll have to sneak to even get to the vault locations.

That said, the rewards are well worth it. Gold, unique items tuned to each location and their respective count or countess, and more await any master thief who can weave their way inside—download Vaults of Cyrodiil here. This mod piggybacks a few other successful loading screen mods – Vanilla Style Loading Screens and Moo Loading Screens, both by laulajatar – and upscales them to glorious 2K or 4K resolutions.

If you’re playing on a newer PC and want to enjoy crisp loading screens to compliment your rig, this mod is for you.

Wear Hoods to Hide Your Identity Continuing down the thread of thief-centric Oblivion mods, Wear Hoods to Hide Your Identity is nicely complementary to Vaults of Cyrodiil. Using the effect created by wearing the Gray Cowl of Nocturnal, this mod adds several hoods to the game that will hide your identity from guards and other witnesses to any crimes you commit.

While it may trivialise specific encounters in the game, it can add a nice bit of real-world immersion to particularly criminal playthroughs – or even a playthrough where a good-willed character needs to break the rules temporarily.

Simple Shields on Back What can we say? It does what it says on the box. Simple Shields on Back is a less script-heavy alternative to the popular Tycho’s Shields on Back mod, meaning it will play friendlier with the rest of your load order, likely saving you from a potential crash here and there.

It allows you to equip a shield on your player character’s back (not companions), a nice visual upgrade to the base game. Though the title seems like a simple cosmetic mod, it does so much more. The mod actually adds an entirely new race to the game. The new race, called Mystic Elf, is introduced to the game with four variants; normal male, normal female, tattooed male, and tattooed female.

The mod also introduces 19 female and nine male hairstyles for every race and is subdivided into three variants: normal, blindfold (bandage), and mask.

Since Microsoft’s acquisition of Bethesda, you can only buy Oblivion through the Microsoft Store or via Xbox Game Pass.