Before Nirvana were the worldwide phenomenon we now associate with their name, the band went through a few name and roster changes.

Finding your feet is a process every new band goes through, and for a short period in 1988 Kurt Cobain, Krist Novoselic and their pre-Grohl drummer Dale Crover operated under the band name Ted Ed Fred.

It was then that they filmed their very first video clip, set to their first proper demo. Of all places to film it, they chose a Radio Shack in Aberdeen, Washington. 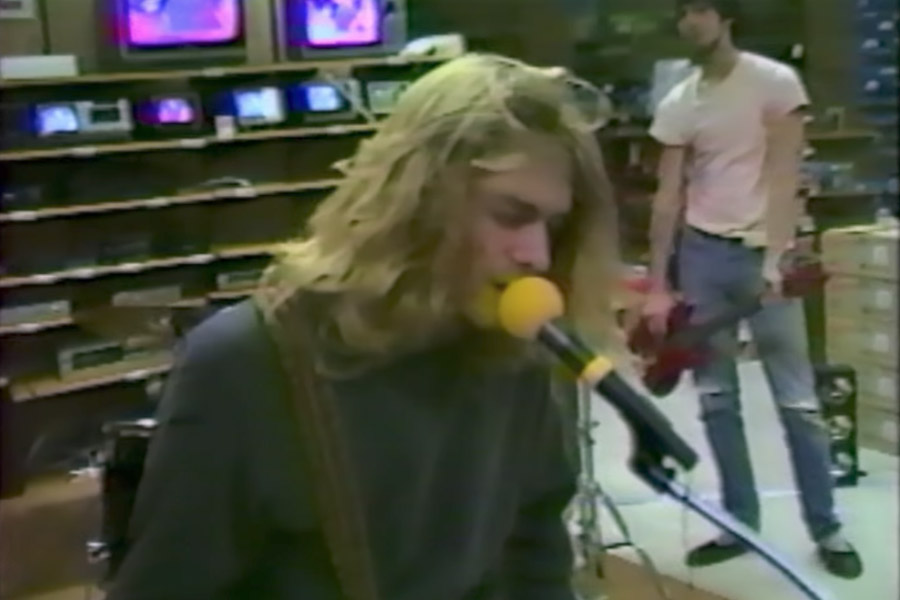 Nirvana before the fame: watch a baby Cobain, Novoselic and Crover shoot their first ever video in a Radio Shack in 1988.

The clip shows a 20-year-old Cobain and crew lip syncing along to their track, pretending to play their instruments with hella enthusiasm. It’s a great insight into the band before they took off… sometimes it’s easy to forget that every act starts out as just another local group.

Meanwhile, Crover bangs along on the drums live. Make sure you stick around, there’s a few rad jump shots from Kurt and they even throw a smoke machine into the mix.

READ MORE: Watch this super rare footage of Dave Grohl playing with Nirvana for the first time and see the stars align