Look at the artwork. Absorb it, let it seep into your pores, this is all you need to know. The deep slabs of sludgy cosmic punk housed within the two new tracks from White Lodge  are a perfect reflection of the munted imagery that graces the record’s cover. Just like the garish green pterodactyl that stares at us from beneath a B-movie font title, the record presents a winning blend of jarring grime and gonzo silliness. It’s over the top and over too soon, and we can only hope there’s more collaboration to come. White Lodge dish out more great post-punk gold on their new EP. The pterodactyl on the cover says it all; sludgy cosmic punk riding on waves of guitars.

The EP is the result of a globe-trotting pair-up of Queensland’s White Lodge, and The Gorlons, who hail from Kansas City. The two bands clearly share a love for crispy garage tunes such that their collaboration is only logical. The Gorlons just released their self-titled debut album back in February of 2014, a fuzzy stomper full of slapback vocals and organ rave-ups. White Lodge’s output tends towards a somewhat grimier, more gothic sound. Over the course of several EPs dating back to 2013, the Aussie four-piece stomps and snarls through a swampy brew of lurching rhythms and ranting vocals, each record graced with stellar cover art that instantly evokes the mid 70s and pulpy paperbacks in equal measure.

Even though it’s a split EP, The Gorlons’ contribution to the record is yet to be added, so for the most part we can treat this like as a hearty, yet brief, helping to some new White Lodge gold. The new EP kicks off with a blazing salvo of spacey rumbles before quickly ramping up the tempo in punky opener Backwater Rumble. The track scrapes in at just under two minutes, though it manages to pack in a lot in the process, veering from rocket blasts of all-in dissonance to gloriously out of tune vocal barks, while still finding time for a wailing spray of queasy guitar soloing.

From this brief blast of anarchy we slow things down a little for the surf-graveyard swing of Ancient Tides. After an appropriately ghostly intro, the band launch into a thick fog of reverb playing host to a web of guitars that alternates between stumbling dissonant verses and wide, almost stately choruses, before coasting on waves of guitar to close. It’s a lot of fun, much like the record’s cover would suggest, and functions as an excellent sample of the bands’ style more generally. White Lodge have clearly got a firm handle on conjuring up that wondrous buzzsaw racket that characterises the finest garage rock, and those who dig the final split EP are highly advised to give their respective back catalogues a hearty look-see. Here’s to hoping we get some more twisted tunes from them real soon, if only so we can feast our eyes on some more of that gnarly artwork. 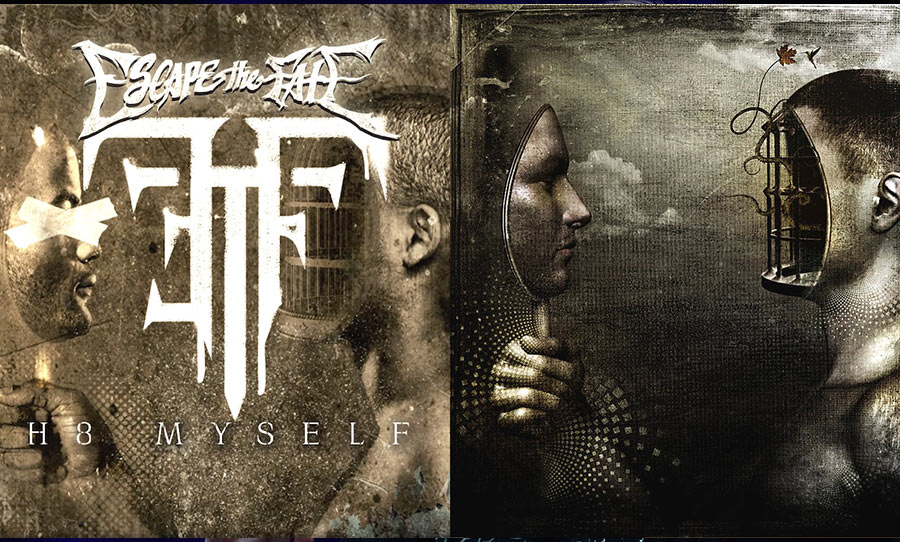