What I am about to say isn’t a joke. Will Ferrell is going to be in a movie about an island loaded with 70 pounds of cocaine buried in an unknown location. Will Ferrell.

Deep down I wish Hollywood would allow Ferrell to try some coke during the shoot – we can only imagine the miracles that would be caught on 35mm. Comic chameleon Will Ferrell getting lost on an island filled with cocaine is one of the better film ideas to come out of 2019.

The Legend of Cocaine Island is a documentary about a group of treasure hunters, searching for approximately $2 million worth of cocaine buried on the island of Culebra, outside of Puerto Rico. The cocaine is said to have been buried or forgotten by a fleet of traffickers, using the island as a stopover before transporting the drug to other destinations.

The upcoming, Ferrell-starring film is set to be a remake based on the story told by the original Netflix documentary. This might just be the opportunity that Ferrell is looking for to make a subtle transition from hilarious comedies to slightly darker comic dramas.

I vote that Ferrell approach this role head – or nose – first (whichever suits best) with intention and passion. I can guarantee Netflix has at least one audience member signed on to see it.

Take a look at the documentary trailer below to get a taste of what to expect. Zach Galifianakis' Between Two Ferns: The Movie is coming to Netflix Between Two Ferns is getting its own movie this September 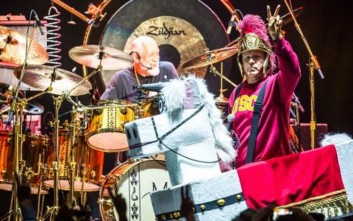