Occasionally a game trailer comes along that is so mind-blowing it spawns an obscene amount of hype. These are 10 game trailers that broke the internet.

Nowadays, game trailers are the perfect distillation of the gaming industry. Money, hype, and occasionally, lies. The best of the best, have the power to move you emotionally and stir your very humanity. Memorable game trailers are usually attached to magnificent games and these are no exception.

From miniature cinematic films to straight-up gameplay flaunting, these are the 10 biggest game trailers that broke the internet. 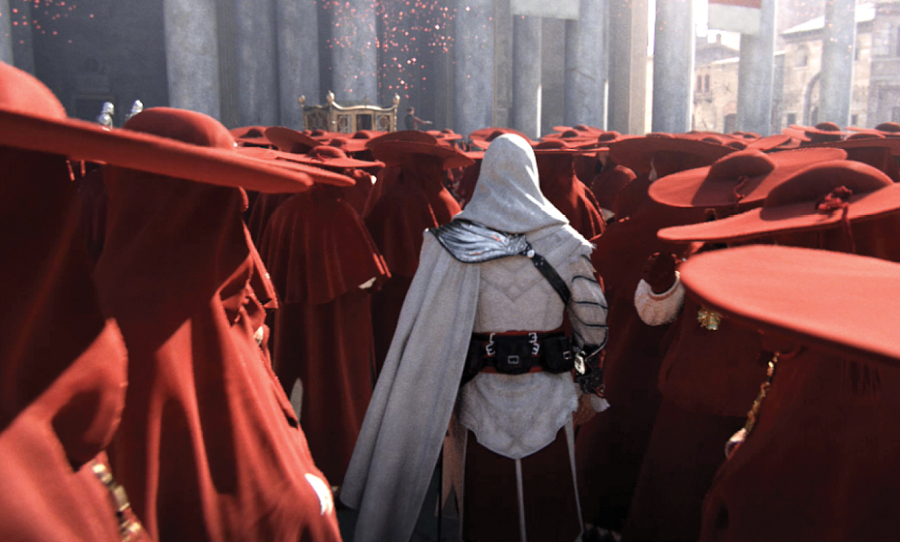 The Elder Scrolls V: Skyrim was a phenomenon when it released. While it may not still be the best RPG around today, it certainly set a new standard and it’s difficult not to see Skyrim inspiration in every RPG coming out now. The huge open world, bustling lives of NPCs, interesting sidequests, and huge dragon battles made it an instant hit.

However, the hype all began with the expertly made in-game trailer which instantly reminds us why this game was a such a colossal success. In fact, it’s hard to think of an RPG that can even come close to this amount of hype before Skyrim.

In 2020 a group of modders are trying to make the iconic game co-op with Skyrim Together. Safe to say once that’s up and working, the internet will truly break.

Undoubtedly one of the most misleading game trailers of all time, it still deserves credit as an exceptional piece of game marketing. The emotional gut-punch that is the Dead Island trailer is something that still haunts us today.

Played entirely in reverse, it opens with the eyes of a dead child. We soon realise we are walking back through the last moments of a family being torn apart by zombies. The heartbreaking music, reverse slo-mo, extreme close-ups, and brutal violence ends where it all began… homemade videos of a family on vacation. A marvellous piece of short-form storytelling that ensured hundreds of thousands pre-ordered the game.

While the first trailer for CD Projekt Red’s masterpiece is just as good, the second trailer introduces the main thematic concerns of The Witcher, and ultimately, why it is such a legendary game. Geralt of Rivia hunts monsters for a living, but when he comes across the King’s soldiers in the process of beating and hanging an innocent woman, he is confronted with a moral complex.

Humans are far more capable of evil than the monsters in the game, who are often outcasts or peaceful beings. Humanity defines its concept of evil to fit their moral virtues, and ultimately our power to justify actions of abject horror is one of our greatest weaknesses. “What are you doing?” the captain asks through broken teeth. Geralt replies, “Killing monsters.”

Essentially just a series of landscape shots, the mood board that served as the announce trailer for Red Dead Redemption 2 literally shook the gaming world. Each panning scene referenced different parts of American history and created a powerfully atmospheric mood.

But it was also the name behind the game that spawned so much excitement. Rockstar, the minds behind Grand Theft Auto, were returning to the Wild West, and every single gamer on the planet could not wait to get lost in it. Thankfully the gorgeous scenes didn’t mislead and Red Dead Redemption 2 is still one of the most beautiful games ever built.

While Nintendo was never famous for its fighting games, Super Smash Bros. on Nintendo 64 revolutionised the genre and proved it could still successfully innovate.

With Wii sales skyrocketing in 2008, Nintendo made way for a sequel and it was a smashing success (pun intended). They introduced a whole host of new characters including one of the most shocking cameos in gaming history: Solid Snake. Proof of just how many timeless characters Nintendo have brought to life over the years.

While it may not have aged incredibly well, Bungie became The Beatles of the gaming industry with Halo 2, and the trailer still sends a shiver down my spine. The legendary music, the epic stakes, the grandiose themes, it’s all there: Halo 2 immortalised the franchise.

When Cortana asks “What if you miss?” and Master Chief simply replies, “I won’t,” and then just fucking jumps! It’s brilliant and was a concept that blew my mind as a kid, along with many of my contemporaries.

If the graphics aren’t up the scratch you can check out the Halo 2 10 year anniversary trailer. Equally as epic.

Set to Gary Jules remarkable cover of Tears For Fears’ Mad World, it’s a stunning juxtaposition to the gritty, sci-fi action on-screen. While the song did go a long way to hyping the trailer, the cinematics are no less remarkable in tandem.

Furthermore, it’s safe to say that this commercial kickstarted the trend of making intense video game action sad (ahem, Dead Island). Any trailer that can change trailers forever deserves a spot on this list.

Another example of pure cinematic excellence, Star Wars: Knights of the Old Republic has made some truly remarkable trailers over the years and I implore you to watch them all.

Tapping into the power struggles and hierarchy dynamics that define the Star Wars universe, this stellar trailer sees the rise of two Jedi brothers named ‘The Eternal Twins’ and documents their corruption by the world. It’s a moving piece of storytelling that introduces new key characters in the wider Star Wars timeline.

It’s safe to say Commander Shepherd is one of the greatest sci-fi heroes of all time and Mass Effect 2 was the masterpiece that confirmed it. This emotional, cinematic trailer resembles something you might see from a Hollywood blockbuster today and that’s just what the game was.

The dramatic score and excellent characters proved that player tailored games could be a major hit. Even if you’ve you’ve never played the game it’s hard not to be moved by this piece of promotion. Plus, it’s narrated by Martin Sheen.

Ubisoft are highly revered for their epic trailers but none generated the cataclysmic hype or intrigue of the powerfully historic Assassins Creed: Brotherhood. While it is far from the best Assassins Creed game, the trailer blew the internet-wide open and set a new standard for game trailers from then on.

Ezio Auditore da Firenze is one of the most popular heroes in the gaming world and Brotherhood perfectly encapsulates his rise to power as he struggles to topple the Borgia’s and their Papal armies. The trailer also features what is likely the most iconic Assassins Creed costume of all time.