Sometimes genius is born, but not in the right hands. A divine spark in a divine mind but the kindling isn’t quite right. Perfectionists like Leonard Cohen reportedly laboured for five years over Hallelujah before it found its way through John Cale to Jeff Buckley and was born again eternal.

The concept of transitional genius is something that has always deeply confounded and inspired me. The translation of pain, emotion, and poetic ache from one artist to another often traverses oceans, borders and even lifetimes.

While the act of interpreting another artists work is often a train wreck there are times when a few gems slip through the wreckage and are stamped onto the print of our minds. When Gary Jules turned Tears for Fears new-wave bop into a slit wrist ballad, Mad World finally reached the careful hands that would see it turned into an undying masterpiece.

It makes you wonder, what other songs are out there waiting to be dug up and reborn. There might be a song waiting specifically for you and your mind. 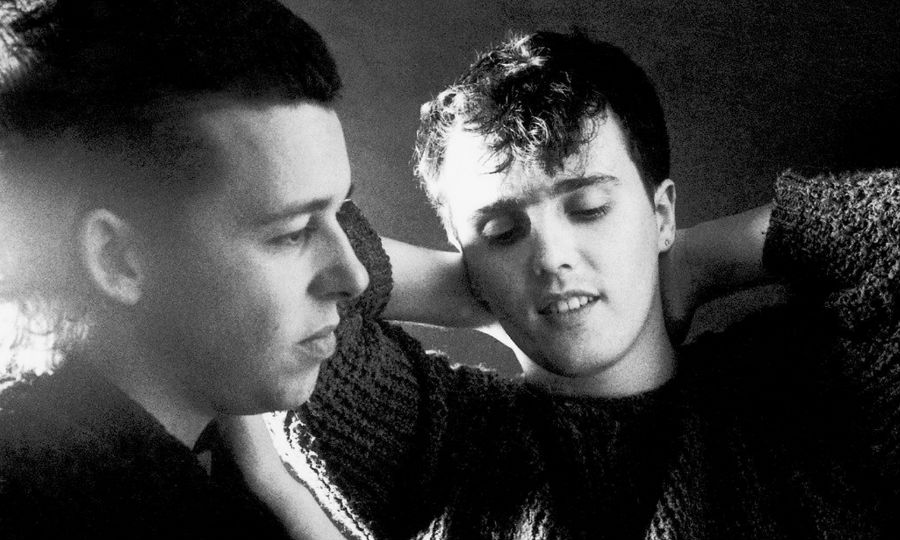 From Tears for Fears to Gary Jules, Mad World was a transitional masterpiece. It just needed to find the right mouthpiece.

The funny thing about Mad World is that it was originally intended to be a B-Side and almost never got sung at all. Written first on acoustic guitar by Tears for Fears member Roland Orzabal when he was 19, it was inspired to be a new-wave song in the vein of Duran Duran’s Girls On Film.

This is where the tense teen angst comes from. Both Orzabal and Curt Smith were the middle of three sons with estranged fathers who died when they were young. The lyric, “The dreams in which I’m dying are the best I’ve ever had” was inspired by author Arthur Janov’s work The Primal Scream, suggesting that intense dreams of turmoil are the most effective for relieving tension and curing neurosis and depression.

However, after a few false starts with Orzabal on vocals, he suggested Smith sing it and “suddenly it sounded fabulous”.

Orzabal said in 2013, “The song was intended as a B-side but Polygram (record label) said it was too good, so it became our third single.”

The band then opted to re-record Mad World in 1983 with producers Ross Cullum and Chris Hughes, a former drummer with Adam and the Ants.

Curt Smith’s ad lib in the song’s final chorus resulted in one of the most famous mondegreen’s of all time.

It wasn’t until almost 20 years later that Mad World achieved the illuminating success it deserved when Michael Andrews and Gary Jules covered it for the 2001 cult film Donnie Darko. The sombre piano ballad closes out the films final three minutes with an incredibly powerful scene depicting angst, alienation and anguish.

Director Richard Kelly employed San Diego musician and film composer Michael Andrews to score the film. Andrews was a member in a range of bands including acid jazz outfit The Greyboy Allstars and the Origin with Gary Jules – whose two solo albums he produced.

As Andrews states: “The film was pretty low budget so my portion of the money was pretty thin.”

“I couldn’t hire anyone, it was just me. I played everything: piano, mellotron, mini marimba, xylophone, ukulele, organ. I also brought in two female vocalists Sam Shelton and Tori Haberman. But no guitar because Richard said no guitar or drums; he just wasn’t into it. I was down with that – I’ve played guitar my whole life.”

Despite Christmas Time (Don’t Let the Bells End) by The Darkness set to become the 2003 Christmas number one in the UK, Mad World upturned the odds and took the title on 21 December, 2003, reamining at #1 for three consecutive weeks.

Quite fitting that a song about madness become popular at Christmas.

Unlike some other stories of popular covers, Roland Orzabal loves it, citing the cover’s leap to #1 as the proudest moment of his career: “I was in my 40s and had forgotten how I felt when I wrote all those Tears for Fears songs. I thought, ‘Thank God for the 19-year-old Roland Orzabal. Thank God he got depressed.'”

He later concluded: “Mad World hasn’t dated because it’s expressive of a period I call the teenage menopause, where your hormones are going crazy as you’re leaving childhood. Your fingers are on the cliff and you’re about to drop off, but somehow you cling on.”