Thanks for the rock writing, but it’s time to move on.

In the case you hadn’t heard, Australia’s long-running edition of Rolling Stone is bottom up. Not by fault of its own editorial. Another casualty of plummeting magazine readership and revenues, parent company Paper Riot entered into liquidation last Thursday.

The Australian Stone has already been bailed out of oblivion once before in 2013, but the latest news doesn’t paint a bright future. In greeting the story, many seemed oblivious to the fact there was a distinctly Australian Rolling Stone in the first place.

So, they should! It’s a curious thing. A wayward child of refractory parenthood, Rolling Stone Australia will end much like it began. As a name and a sense of nostalgia, without the fire to match.

The odd arrangement came about in 1972 when Rolling Stone, previously extracted in local mag Revolution, poached some staff from countercultural touchstone Digger and launched as a fortnightly edition. Like Australian culture itself, this humbly local incarnation was often happy to reprint and echo the sentiments of its cultural superiors within the US.

From its inception, this Australian Stone was popular yes, but one voice amongst a host of local magazines – Roadrunner, Ram, and Juke – as well as imports of international competitors. Read any biography of children of the ‘70s such as Nick Cave, Peter Garrett, Robert Forster or Steve Kilby and you’re left with the impression it was rags like the NME or Creem, not Rolling Stone, that were opening these impressionable minds to the sounds and influences which set them on the path to glory.

Sure, it’s a little hard to say farewell. This rag was a nostalgic element of the status quo. It has documented so much of our musical culture. But in terms of the rock writing upon which it made its name, this all-Australian edition inherited many of the foibles of its American parent.

The US edition started with the 21-year-old Bay Area dropout Jann Wenner in 1967. It was by no means the first magazine to write exclusively about rock or the new youth culture. Wenner had taken cues and much advice from Paul Williams of Crawdaddy. At the core of his idealistic new venture, Wenner imported Williams’ ideas of deep criticism and philosophical deconstruction of rock ‘n’ roll. Combining these notions with professionally written and reported stories of counterculture, he landed a hit.

Opening Rolling Stone’s pages in ’71, a reader could flick across a multi-issue feature which would become Hunter S. Thompson’s Fear and Loathing In Las Vegas into Lester Bangs’ zealous rants about some rock outfit destined for oblivion. They could thumb to John Lennon pouring his heart out in an interview with Wenner himself. It was here, in this fertile period, that Rolling Stone hit its highs.

As the ‘70s ensued, Wenner and the magazine expanded their interests from music to delve deeper into sex, religion, politics and sport. Jann and his flower children had matured. Politicians, actors and celebrities became just as likely to grace its covers as much as musical icons or the Next Big Thing.

Others began to seize music’s critical vanguard. When it came to the latest shocks to the system Rolling Stone was increasingly at odds with the present compared to Creem or British weeklies NME and Melody Maker. To many, it became a lifestyle and culture magazine. Pop culture’s incumbent voice or worse still, The Establishment.

It was conclusively shunted from authority by punk, a movement which Rolling Stone famously failed to seriously acknowledge until the 1980s. Legend has it Wenner even went as far as vetoing his staff’s election of The Sex Pistols as 1977’s Band Of The Year for his own less than democratic preference of Fleetwood Mac. When music journalism professionalised (and was arguably purged of its personality) during the ‘80s, Rolling Stone duked it out with heavyweight competitors Spin and Smash Hits. In many cases it would struggle to outsell these edgier counterparts.

While feted as rock’s bible, Rolling Stone was continually asleep at the post. It continued to drop the ball, failing to champion grunge and fumbling again with the garage rock revival of the early 2000s. Both movements were embarrassingly snapped out of its own American backyard by British weeklies.

The advent of the internet provided another critical as authoritative voice in music. Pitchfork became the modern face of criticism while a legion of blogs hopped onto the cultural pulse. Presented with the challenge of the internet generation, Rolling Stone seemed more content leaning back into celebrity and its past glories. But I’ve digressed.

Yes, Rolling Stone has been bailed out before. After two cashed up acquisitions in the past two or so years the institutionalised American edition isn’t moving anywhere. Whether we will again have its principles framed within a uniquely Australian voice remains unclear.

A name is, after all, a valuable thing. People can invest a lot of goodwill in a brand – never trust a band with a brand. We live in an age where our dead return subject to popular demand. Look at Vice Media’s revivification of i-D. The Face is likely to be returning too. But if this mag is truly reignited it should be with the self-same fire and fury of its namesake in its prime. Bring it back right, or don’t bring it back at all.

As someone who’s dipped in and out of Rolling Stone Australia my entire life, I can’t deny there’s been some magic between those pages. I’m grateful for that. But after all this time together, the fantasy has retreated a little and it wasn’t all that. Good, but not great.

In a world populated by more people writing or talking about music than ever before, there’s an untold wealth of ideas and expression at my fingertips. So many are right here in Australia. I won’t dwell too much on the past. I’m moving on. 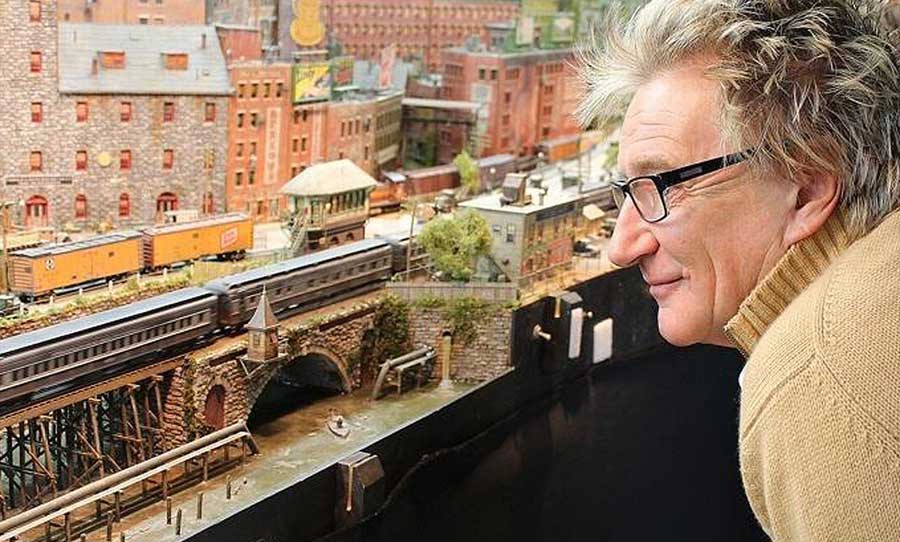