And yet another gem-of-a-producer from the ranks of Young Turks (who carry other epic acts such as Charlift and Jamie xx) Nathan Jenkins – otherwise known by his mysterious superhero producer alias, Bullion, is a London based badass producer. Enjoy his stretched out face here: I don’t even know where to begin with Bullion’s music! In true style, he has many originals and mixes and has released them pretty much whenever the fuck he wants. This guy has a lot going on in his tracks – many commotions, clashes and echo’s (the good kinds).

You can hear experimentation of different styles and sounds, from the phasing vocals, funk hooks and hip-hop-pop beats, amalgamate to make and implosion of electro-slow-dance, transient music. Bullion is a real Dora the Explorer when it comes to playing around with alt-electro music and smashing up different genres.

You can get a feel of part of his sound through his album Love Me Oh Please Love Me and within tracks like The Age of Self. You can hear the funk, experimentation and phasing vocals, which reminds me a bit of Metronomy. He’s got other mixes, which are less vocally melodic and are driven more by experimental samples.

I’ve seen a few descriptions thrown around describing his music as “progressive pop” which (for me) puts the definition of pop under a new light – and you can see the direction Bullion takes when it comes to writing his music.

Bullion is a seasoned pro, playing in Boiler Rooms and international festivals like Laneway (circa 2012). Bullion has also ventured into creating his own label called DEEK, wanting to foster other baby producers, work and produce for others and all that. He’s one heck of a music mogul. Take note. 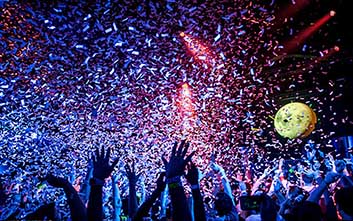