Danelectro guitars were mostly known for their striking appearance and affordability. However, they also carried a unique sound unmatched to this day.

Danelectro might not be the first name you think of in guitars, but the company most famous for affordable instruments and unique designs was home to some of the most distinctive innovations in guitar history.

Danelectro’s guitars, once sold for less than a quarter of Fender’s or Gibson’s, are now famous for their unique quality and style. But the man behind it all didn’t even play – this is how he changed the face of the guitar industry. In the mid-1930s, Nathan “Nat” Daniel, the New York-born son of Lithuanian immigrants, was building amplifiers of his own design. Daniel had designed and manufactured a push-pull amplifier circuit that was far more efficient than existing technology. Opening his first workshop in a Lower Manhattan loft, Daniel Electrical Laboratories was born. Daniel’s first customer was none other than Epiphone.

During World War II, Daniel had worked with the US Army Signal Corps to outfit military vehicles with shielding to prevent electronic interference with radio signals. In 1947, following the war, Daniel reopened his shop, now renamed the Danelectro Corporation. Not long after, Danelectro was supplying amplifiers to Sears Roebuck and Montgomery Ward, as Silvertone and Airline amplifiers respectively. Danelectro was, at that time, the largest amplifier supplier in the business.

Danelectro amplifiers were among the first to incorporate experimental features such as tremolo, reverb, and hybrid power systems. Many of these amplifiers are sought after items today, being used by musicians such as Jack White and Dan Auerbach. In 1954, however, Danelectro took the experiment one step further, producing their first solidbody electric guitar for Sears under the Silvertone name.

Nat Daniel had one goal with these early instruments – he wanted to design an instrument that would be cheap to manufacture yet offered the same playability as other more expensive instruments. The first guitars were built from a single block of poplar with a continuous aluminium rod running through the entire neck and body. Later guitars replaced the rod with a poplar neck reinforced by two steel bars installed under the fretboard, and a Masonite covering. The guitars were simple and unadorned, and some models cost as little as $37.95 new.

The most distinctive element of those guitars was the now-famous pickups. The so-called “lipstick” pickups were, in fact, exactly that – a single magnet, wound to low resistance, housed in an actual lipstick tube. Single-pickup guitars originally came equipped with a three-way tone switch, designed for quick transitions between rhythm and lead tones. On guitars with more than one pickup, Danelectro used “concentric” stacked knobs. In order to save money, the same generic three-way toggle switch found in the single-pickup guitars was used as a pickup selector switch. Danelectro guitars had their pickups wired in series, as opposed to the far more common parallel wiring. This cost-saving measure ended up producing what is now considered the signature Danelectro sound, producing a looser and dirtier sound, with more output and midrange than individual pickup settings.

Many of Danelectro’s innovations, including the neck-tilt adjustment system later used by Fender, were standard on the instruments far before they were picked up by other manufacturers. Fender’s own neck-tilt system would not be used for another decade after Danelectro. Nat Daniel also produced a series of innovative amplifiers in this period, including a guitar case with a tube amplifier built-in, and an amplifier with complete total shielding against electronic interference.

Soon, Nat Daniel’s innovative spirit led to the production of a series of pioneering instruments. Over the next few years, Danelectro would introduce the first six-string electric bass, the first 12-string electric guitar, and a 31-fret guitar-mandolin hybrid called the “Guitarlin”. Some of these designs would never make it to market, including a so-called “hexaphonic” guitar, with each string having its own separate pickup, amplifier and speaker.

Around the same time, Danelectro began experimenting with form, producing the now-famous Shorthorn and Longhorn silhouettes. Later, in 1967, Danelectro produced a unique Electric Sitar. The sitar was originally offered in two models – the single-pickup Danelectro Sitar and the three pickup Coral model with an additional thirteen chromatically tuned drone strings.

Unfortunately, the Electric Sitar was to be among the last releases under the original Danelectro name. Having been acquired the year prior by the Music Corporation of America (MCA), Danelectro suffered a series of setbacks. Budget instrument manufacturers in the US struggled to compete with Japanese companies, Sears ceased carrying Danelectro’s instruments, and the MCA became embroiled in antitrust actions. Danelectro ceased operation in 1969, and Nat Daniel retired from the musical instrument business and moved to Hawaii, where he spent the rest of his life building boats. In a relatively short time, Danelectro made a significant imprint on the market. As Nat Daniel had intended, the affordability of Danelectro instruments made them a favourite of beginners, but the unique tone and quality of the instruments meant the company developed a loyal following.

Early in his career, Jimi Hendrix spent time on a Danelectro Shorthorn 3012. Jimmy Page used a Danelectro 59-DC as a session musician, purchased for just £30 in 1966. He went on to play the guitar live with Led Zeppelin. Eric Clapton played the same model. Beck plays a vintage Silvertone and a Dano Pro. Bruce Springsteen has played a Danelectro 56-U2, while Gary Tallent of Springsteen’s E Street Band once played a modified Danelectro Longhorn bass.

The list of Danelectro alumni is extensive, ranging from Elvis Presley to Amy Winehouse. Danelectro guitars have aslo broken across genre lines, played by cross-genre musicians such as Nels Cline (Wilco) and Frank Zappa.

In the 1980s, Jerry Jones began manufacturing guitars in Nashville that were modelled closely on Danelectro’s earlier designs. This included many of the more unusual instruments, among them the Guitarlin and the Sitar. While Jerry Jones Guitars ceased operations in 2011, their high-quality recreations initiated a renewed interest in the Danelectro brand. The success was unfortunately not to last, and the new range of Danelectro guitars would be taken off the market in 2001. The story is never over, however, as parent company Evets was bought out some years later. 2006 saw yet another relaunch of Danelectro guitars – this time, in limited numbers.

Danelectro has lately moved back to a focus on effects pedals, a range of products that they are now well known for, although their guitars are still in active production. The popularity of their guitars has come and gone over the years, and today they are remembered primarily for their unique designs, more than their technical innovations. Despite this, the most remarkable thing about a Danelectro is that nothing else has ever sounded quite the same.

From the Danelectro neck to the Danelectro headstock and bold font, this is one footprint in the guitar world that has made an indelible mark. The Jimmy Page Danelectro 59-DC may be the most famous of Danelectro guitar, but the story continues including the recent reissue of the 1970s 3699 fuzz pedal. 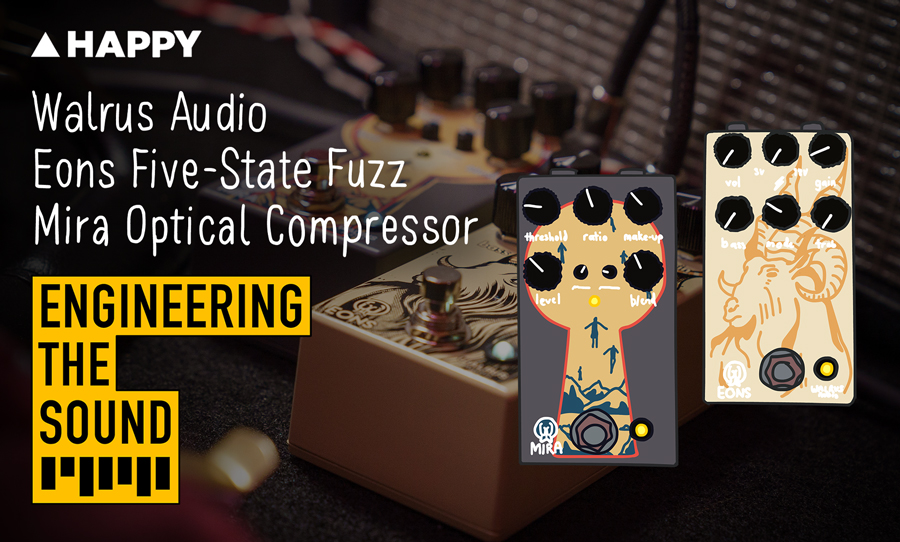